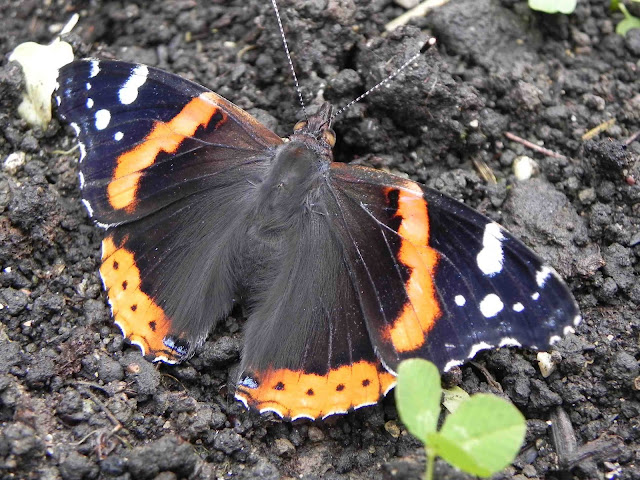 Much of eastern North America is experiencing a sudden abundance of a particular butterfly - the Red Admiral (Vanessa atalanta).  Population "explosions" have been reported in the past, but the current one is awesome in its size.  Here's a report by a knowledgeable observer in southeastern Wisconsin:


I looked down Hwy 14 with 8.5x binoculars (50 degree field) to a sign that was 1/5 mile away. I counted 61 Red Admirals crossing the road, heading north, in 60 seconds! Calculations are precarious but fun: that's 305 butterflies per mile per minute. Wisconsin's south. boundary is 149 miles wide. That's 45,563 butterflies streaming into the state each minute, or 2.7 million Red Admirals per hour. 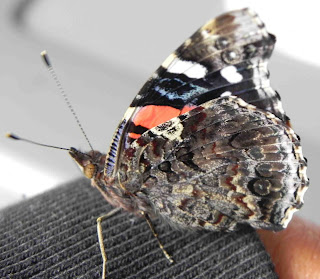 The extrapolation is, of course, tongue-in-cheek, but his report has been echoed by observers all across Wisconsin.  And today I found this report from Canada:


Eastern Canada is in the midst of what’s believed to be the biggest springtime butterfly migration in history. Hundreds of thousands of butterflies have made their way north — many more than usual and much earlier than expected...

Glenn Richardson, president of the Toronto Entomologists’ Association who’s been observing butterflies since the late 1960s, called it “the largest migration that I’ve ever seen.” He estimates the population is 20 times higher than usual...

Although it’s difficult to pin down exact numbers, Kerr said there could be millions of butterflies across Eastern Canada. Larrivée said one man found an estimated 20,000 butterflies in the backyard of his London, Ont. home and there are other reports of butterfly-covered trees.