The procedure has received a lot of press coverage because several states have passed legislation mandating that women seeking an abortion must have the procedure.  Megan Carpenter, writing at The Raw Story, describes her experience.


...woman after woman told me about having a transvaginal ultrasounds in other, medically-necessary contexts: to identify ovarian cysts, to help explain painful menstrual cycles and rule out cancer. All of them thought forcing women to undergo unnecessary transvaginal ultrasounds to prove a political point about abortion was horrific; none of them wanted to go on the record about what it was like to have an ultrasound wand inserted into their bodies. 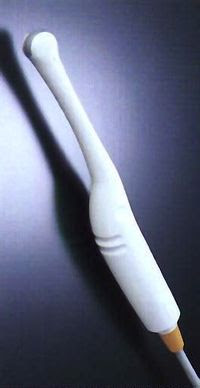 So, with the help of the generous staff at Preterm in Cleveland, Ohio, I stepped out of my skirt and onto an examination table to have a completely unncessary transvaginal ultrasound, and I documented the experience, which you can watch below...

As you might be able to tell, it was vigorously uncomfortable — more than a typical pelvic exam, with which most women are very familiar. In part, it’s more uncomfortable because the technician has to press the wand directly against the areas she wants to get an image of — your uterus, Fallopian tubes and ovaries — so there’s more movement and more direct contact with pressure-sensitive areas of your body...

It was not, however, like being raped, despite all the furor-generating headlines and “Doonesbury” cartoons that were printed. It was uncomfortable to the point of being painful, emotionally triggering (and undoubtedly is moreso for victims of rape or incest or any woman in the midst of an already-emotional experience) and something that no government should force its citizens to undergo to make a political point. But it wasn’t like being raped — and using language like that not only minimizes rape for its survivors but makes them and other women more frightened of the procedure, which has significant and important medical uses.