These came out of four chicken eggs 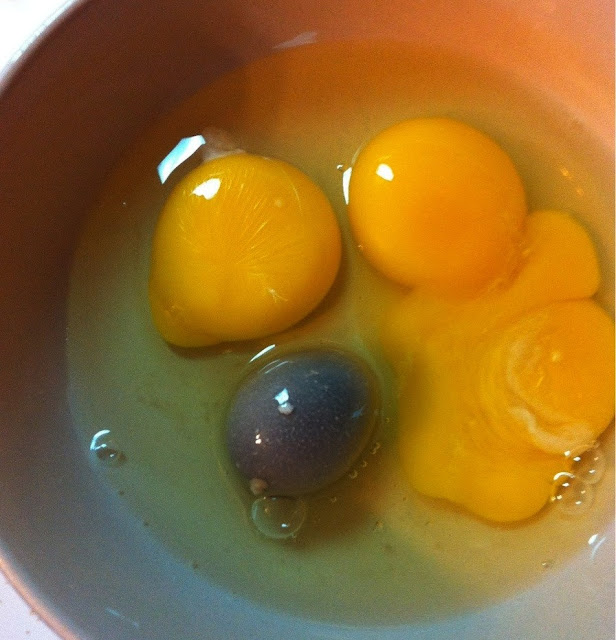 Would you eat the dark one?  Can you identify it?  Ponder for a moment, then see the answer below the fold...


Finally, something on here my degree (Poultry Science) is useful for! It looks like the egg came from an older hen (as they get older, there is more chance of abnormalities and double yolked eggs) This is probably a blood clot from either a cut in the oviduct or a bleeding follicle that grew large enough to be treated like an egg yolk. It ended up in the oviduct and the hen coated it with albumen and shell. Things like this happen rarely, and can sometimes stay in the oviduct for extended periods of time and increase in size as the hen coats it in mucus.

The more amazing thing is that it made it through the companies quality control. Small blood spots can rarely make it past the computerized candling machine and inspectors (who watch every egg go by), but something this big should have been spotted instantly. I'm guessing it was from a small local farm?

And it is certainly not fertilization that causes this. If the egg was fertilized (
shouldn't ever happen on a commercial egg farm), you would see blood vessels forming around the yolk itself and the embryo growing right on the surface.