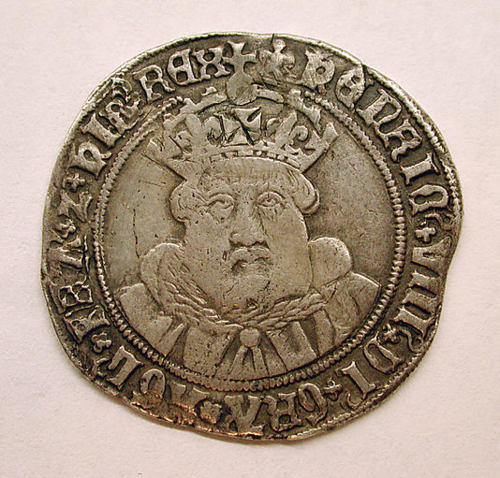 
In the Kingdom of England, during the reign of Henry VII, the forerunner of the shilling, the testoon, was introduced. This coin was produced in extremely small quantities, probably around 1489, and the fact that there are only three known dies for this issue... shows clearly that the coins were not made for general circulation... they were probably trial pieces or patterns.

The testoon was struck in quantity during the last part of the reign of Henry VIII, with The Tower, Southwark, and Bristol mints producing testoons in 1544–1551. These testoons were made in the very poor base silver, as were all coins of this period, and are known as base testoons.