The Year of the Ox begins 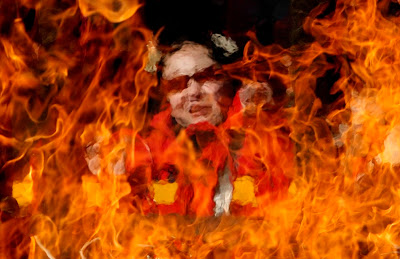 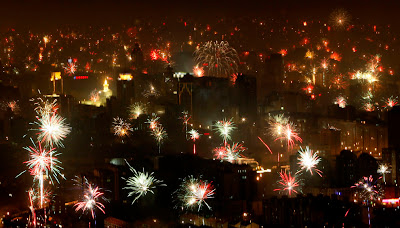 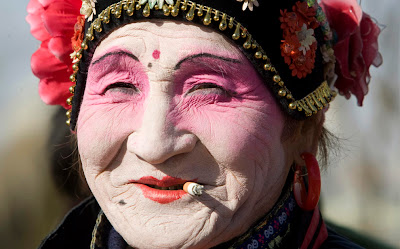 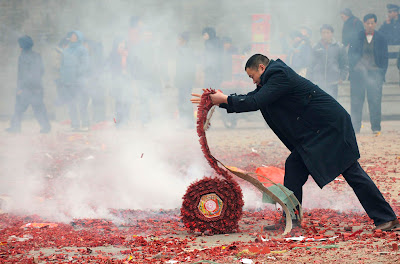 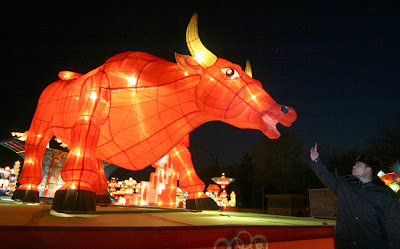 A woman burns incense and prays for good fortune at the Baiyun Temple in Beijing on the first day of the Chinese Lunar New Year January 26, 2009. (JASON LEE/Reuters)

Fireworks to celebrate the Chinese New Year light up the sky above Beijing, China on January 26, 2009. Chinese welcomed the arrival of the Year of the Ox with raucous celebrations on Sunday despite gloom about the economy, setting off firecrackers in the streets and sending fireworks into the sky. (REUTERS/Reinhard Krause)

A performer smokes a cigarette during a break from a show celebrating the Chinese Lunar New Year at a temple fair in Beijing January 24, 2009. (REUTERS/Christina Hu)

A man prepares fireworks at a temple to celebrate the Chinese New Year in Hefei, Anhui province, China on January 26, 2009. (REUTERS/Jianan Yu)

A visitor uses a mobile phone to take photographs of a giant lantern in the shape of an ox in Tianjin Municipality, China on January 23, 2009. (REUTERS/Vincent Du)

Chinese New Year photos found in a marvelous 35-image photoessay at Boston.com. Blogged for Dave and Lan, who are just back from their sabbatical in Wuhan. (Click images to enlarge).