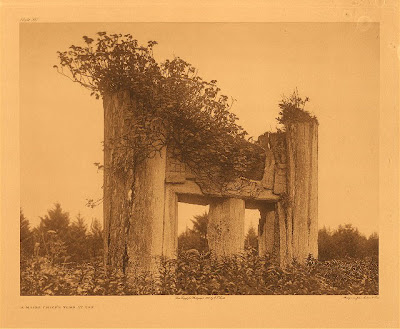 Description by Edward S. Curtis: The remains of the chief rest in a niche cut into the top of the transverse beam. This tomb is of unusual form, and must have been erected at enormous cost to the dead man's family.

Found in the American Memory collection of the Library of Congress while looking for something else. I've never before seen a tomb even vaguely resembling the one depicted in this image. Will return to this subject later.