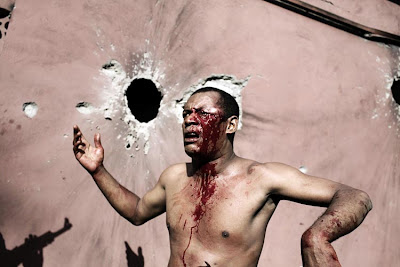 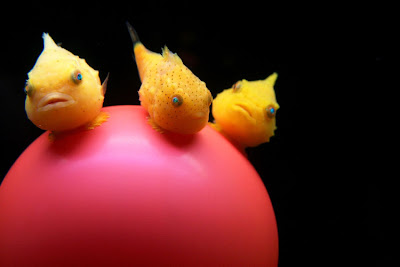 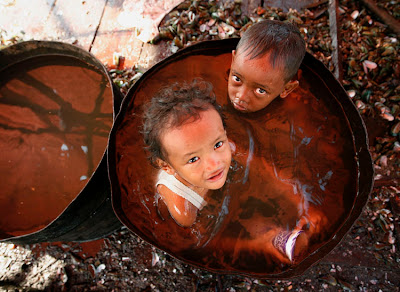 March 25, 2008 A wounded man confronts the soldiers who have shot three rockets into his home. The man is from the isle of Anjouan in the Comoros, the island nation in the Indian Ocean between Madagascar and Mozambique. The soldiers are from the Comoros and Tanzania, on behalf of the African Union. The setting is the battle in early March 2008 to wrest back control of the islands from Mohamed Bacar, a renegade leader and former president who had proclaimed himself leader of the nation.

October 14, 2008 Younger victims of the drought in Indonesia: Children bathe in waste water in Jakarta.

About 40 more pictures at this link.