A letter written by the father of John Wilkes Booth... 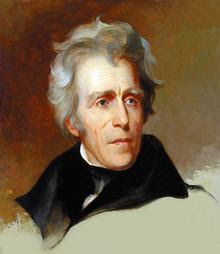 Dismissed for 175 years as a fake, a letter threatening the assassination of President Andrew Jackson has been found to be authentic...

The letter, which addressed Old Hickory as "You damn'd old Scoundrel," demanded that Jackson pardon two prisoners named De Ruiz and De Soto who had been sentenced to death for piracy in a high-profile trial of the day...

Pardon the pirates, the letter writer demanded, or "I will cut your throat whilst you are sleeping."

America's seventh president had become accustomed to threats, according to Robert V. Remini, author of the biography "Andrew Jackson" and history professor emeritus at the University of Illinois at Chicago.

"It wasn't a crime to threaten the life of the president back in Jackson's time," Remini said.

His motive for penning the threat was probably intrigue over the piracy trial, Feller concluded.

The story of their investigation will be featured this summer on PBS' "History Detectives."