Another reason to clean your attic 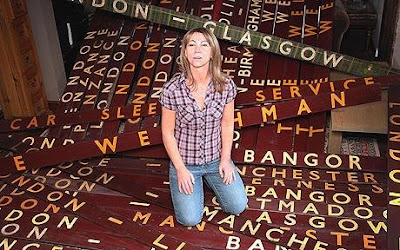 Last week it was a 139-year-old baseball card. Today it's railroad signs. A couple were renovating their attic and discovered that the "floorboards" were actually railway destination boards from the steam era.

"We know that many years ago a gentleman lived in the house, which dates back to 1895, who worked at the local Wolverton Works and would have had access to many of these destination boards."

I'm jealous, and not because of the money. Because it's hidden treasure, and I don't even collect railroad stuff. Blogged for my brother-in-law and his fellow railway enthusiasts.