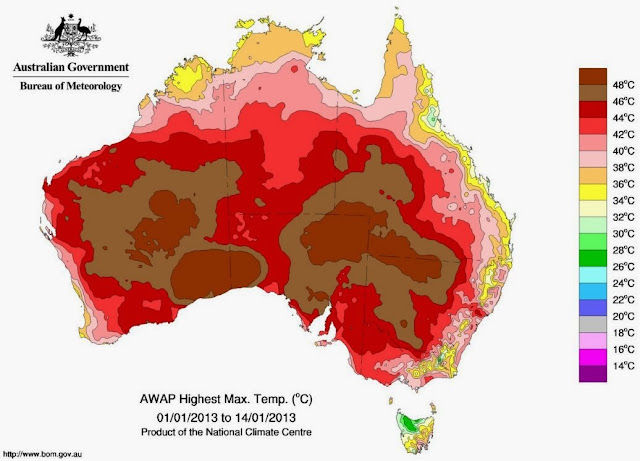 "The past four months have been the hottest ever recorded on the continent, with a new countrywide high temperature on January 7 busting the mercury bulb at 104.6 Fahrenheit...

This January, much of the country has been locked into temperatures exceeding 113 degrees thanks to an atmospheric ridge that delayed the rainy season for several weeks. Sydney hit 114 degrees last Friday, establishing a new high for the city in 150 years of record keeping; other historic firsts include 110.7 degrees in Wellington, 111.4 in Adelaide and at the charmingly named gas town of Moomba (you know, right between Innamincka and Strzelecki), a near-impossible-to-believe reading of 121.3 degrees."

For those who are Celsius-challenged, normal human body temperature (98.6F) is the orange on the heat scale.  More details at The Atlantic Cities. 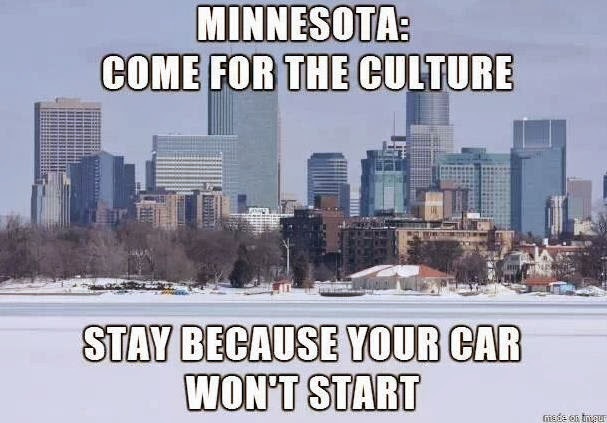