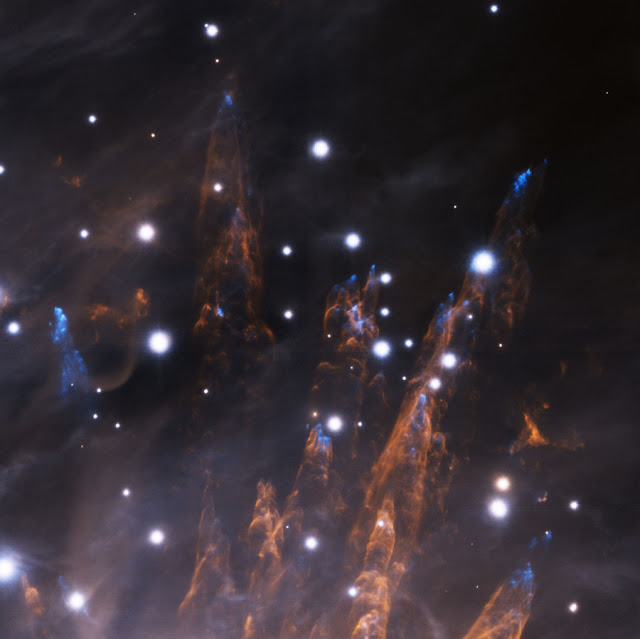 An Astronomy Picture of the Day, from NASA, explained as follows:


Cosmic bullets pierce the outskirts of the Orion Nebula some 1500 light-years distant in this sharp infrared close-up. Blasted out by energetic massive star formation the bullets, relatively dense, hot gas clouds about ten times the size of Pluto's orbit, are blue in the false color image. Glowing with the light of ionized iron atoms they travel at speeds of hundreds of kilometers per second, their passage traced by yellowish trails of the nebula's shock-heated hydrogen gas. The cone-shaped wakes are up to a fifth of a light-year long.

The human mind is just not configured to comprehend scales of magnitude like this.  At least not mine.