Regarding the XL pipeline 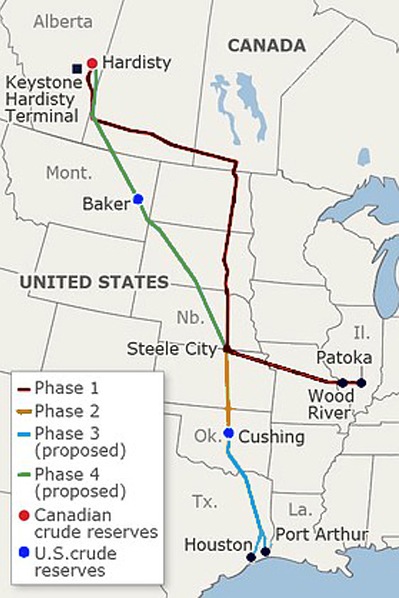 An article in Salon describes a young man's attempt to travel the length of the pipeline.  Most of what I've read before focused on the risks to the Ogalalla aquifer, but while browsing his story, I learned a few other things, most importantly this:


TransCanada, the company that will build the pipeline, has falsely claimed that there will be upward of 20,000 jobs. An independent study, conducted by Cornell University, determined that the pipeline would create only 2,500 to 4,650 jobs, almost all of which will be temporary, and only between 10 to 15 percent of the jobs will be local, in-state hires.

As for the “we need oil” claims, few realize that much of the oil won’t be used in the United States. The oil will be pumped down to Port Arthur, Texas, where it will be refined and shipped off to foreign nations. Valero, one of these refining companies (which will get 20 percent of the Keystone XL oil), will not have to pay taxes on the exported oil since Port Arthur is in a Foreign Trade Zone.

So I looked up the reference for that last point:


The Port Arthur refinery operates as a Foreign Trade Zone (FTZ), which traditionally gives tax benefits to companies that use imported components to manufacture items within the United States. Usually refineries importing oil tax-free will still pay taxes when selling the refined products into the U.S. market. By both importing into and exporting from Port Arthur the company will avoid paying tax on the product sales.