Catching a monster wave in Portugal 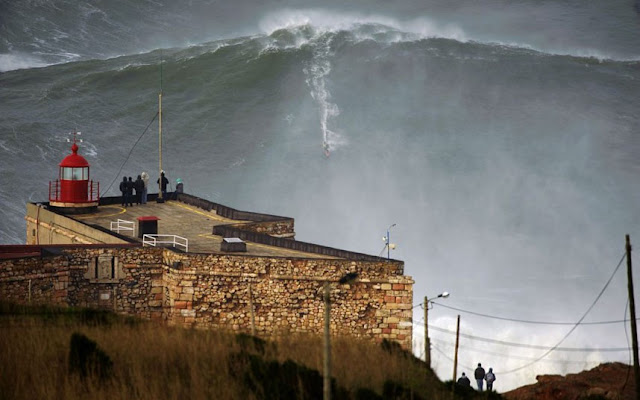 The veteran surfer Garrett McNamara looks likely to have broken the world record for the highest wave ever ridden. He caught the wave off the coast of Nazaré in Portugal on Monday (January 28). It was reportedly 100ft high (30.48m), although that is subject to verification.  Picture: REUTERS

From a gallery of fifteen photos on the subject at The Telegraph, where it is noted that


"The area of Portuguese coast is known for the enormous swells, with underwater canyon running right up to the shoreline cliffs, amplifying the waves that are created. The swells along the Praia do Norte are now known as creating some of the biggest surf in the world."

Addendum:  And here's the video (hat tip to reader txticulos):