THIS is how to wash windows 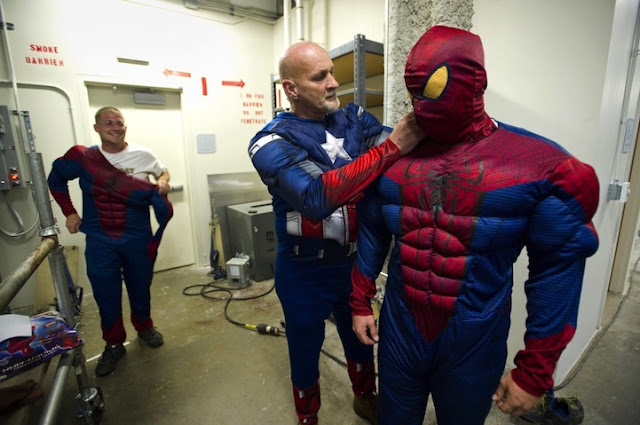 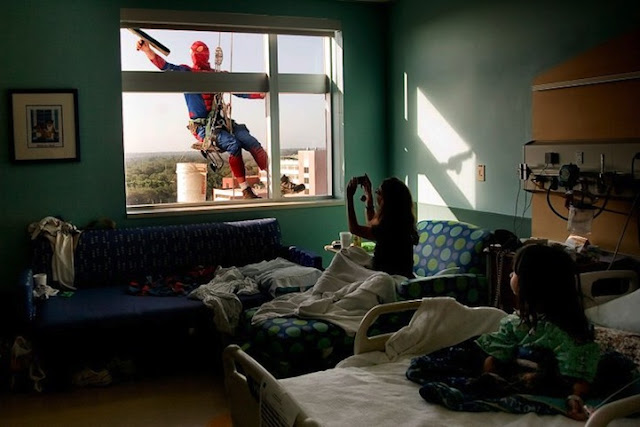 Three window washers took on the challenge of bringing smiles to every patient's face at Le Bonheur Children's Hospital in Memphis, Tennessee...

The three men behind the exciting surprise were Steve Oszaniec, his son Danny Oszaniec and Jordan Emerson, who all work for commercial window cleaning company, American National Skyline. (Two donned Spider-Man outfits and one wore the Captain America costume.) The men spent four hours visiting windows and spraying silly string at the kids, who, for a brief while, were able to forget about their troubles and just enjoy themselves.

From My Modern Net (where there are additional photos), via Reddit.