How a plant creates lattice-patterned leaves 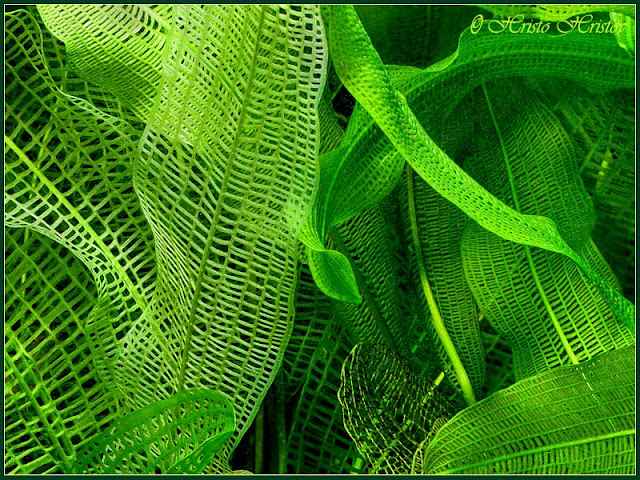 The image above is of a "lace plant."


Aponogeton madagascariensis is commonly known as Madagascar Laceleaf, Lattice Leaf or Lace Plant. It is an aquatic plant native to Madagascar and is popularly sold for use in aquaria. It is endangered in the wild.

If you had asked me how a living structure creates such a pattern, I would have had no idea.   But yesterday I saw the answer at Fresh Photons: 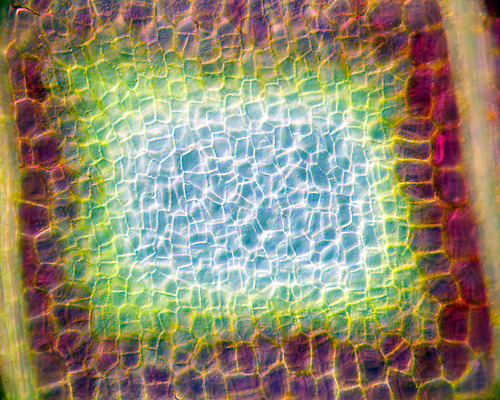 “The lace plant is an aquatic monocot endemic to the river systems of Madagascar. The lace plant undergoes programmed cell death (PCD) between longitudinal and transverse veins (designating the ‘window’), creating a lace-like pattern over the entire leaf surface. PCD stops four to five cells from the vasculature creating a strip of control cell that will never undergo PCD; these cells are pink in colour due to the pigment anthocyanin found within their vacuoles. The next layer of cells in are markedly green in colour due to the pigment chlorophyll and are in the early stages of PCD. The cleared cells in the centre are in the later stages of PCD and will soon die and break away from the tissue. I chose this photo because I really enjoyed the juxtaposition of the colours between anthocyanin and chlorophyll. ” -Christina Lord

Very cool.  You learn something every day.