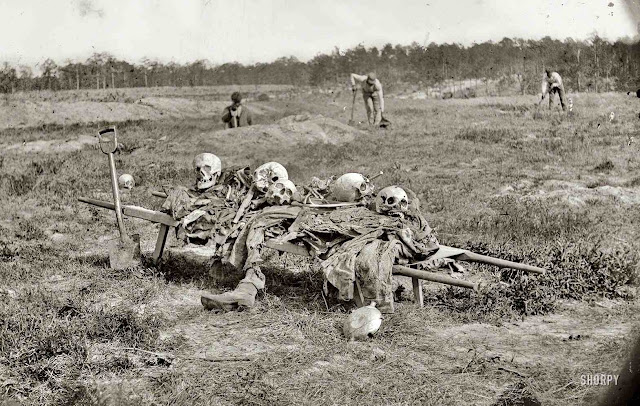 Click photo for bigger.  The Battle of Cold Harbor was in May and June of 1864.  It's interesting that scavengers and insects defleshed the skulls in less than a year.  A page at the National Park Service had this photo -

- of a stump from the "Bloody Angle" Confederate entrenchment.  The trunk of the 22-inch [diameter?] tree was completely severed by bullets.

Image cropped (while preserving the watermark) from the original at Shorpy.