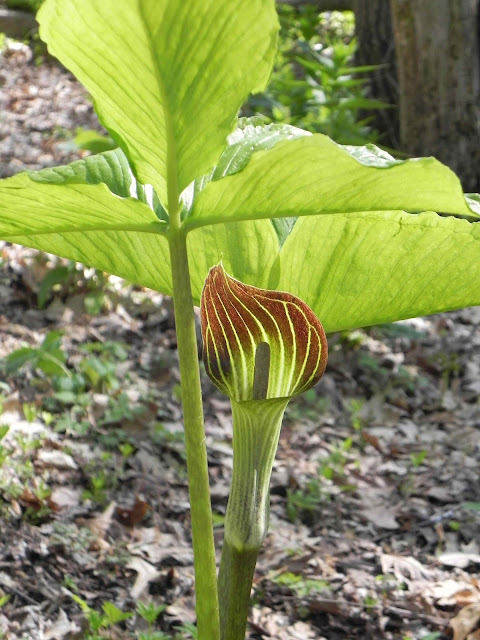 After we moved into our home 12 years ago, we spent the better part of three summers grubbing out invasive honeysuckle and buckthorn, and were delighted to see in subsequent years the emergence of native wildflowers, including Arisaema triphyllum (Jack-in-the-Pulpit).

At first there were just a couple small plants, but they are perennials, so each year they got larger as they became better established.  Some of the older plants now reach as high as my thigh, with leaves as large as dinner plates.

The plants can be easily propagated by planting the seeds that appear on the spadix in the fall.  If you don't harvest them, they get eaten quickly by the woodland creatures, which

is a little surprising, since the plant is poisonous to humans because of its oxalic acid content.

We now have so many large Jacks that this year I decided to offer some mature ones to a friend, who arrived armed with a shovel and trowel to dig up the bulb. 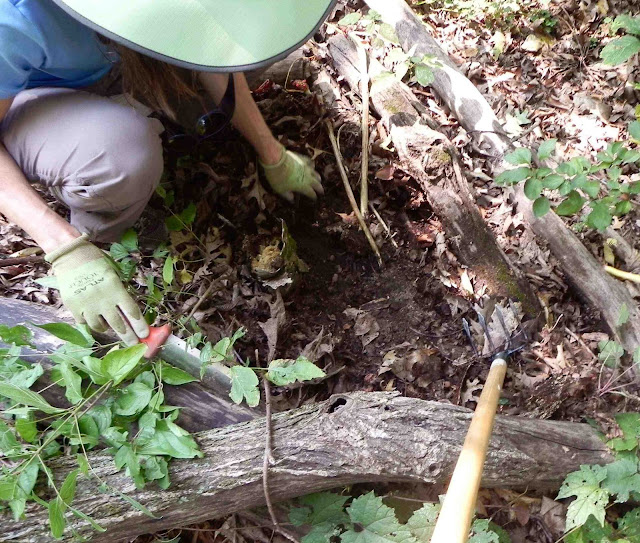 We used the fallen stems as markers of where to dig, but were twice puzzled to find no apparent  bulb in the ground.  There was no ground disturbance to suggest they had been unearthed by rodents, and we were almost ready to give up in frustration when we noticed that the bottom end of the stem was slightly elongated. 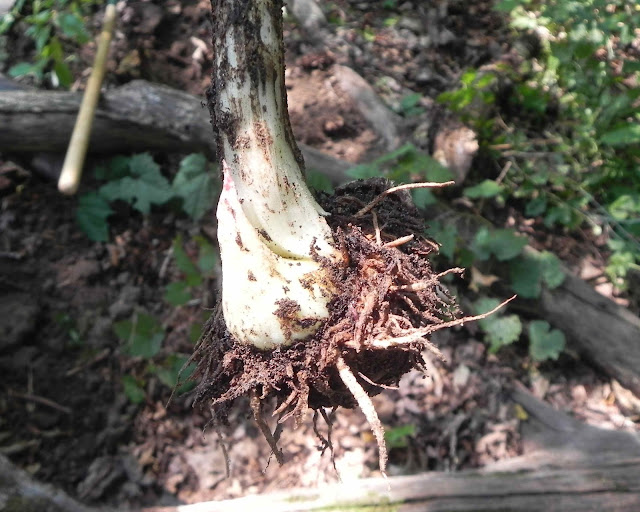 That was the entire bulb (I guess technically a "corm.") While digging we had been looking for tulip-sized bulbs, but these large, lush plants were supported by a relatively tiny root system less than an inch under the surface. 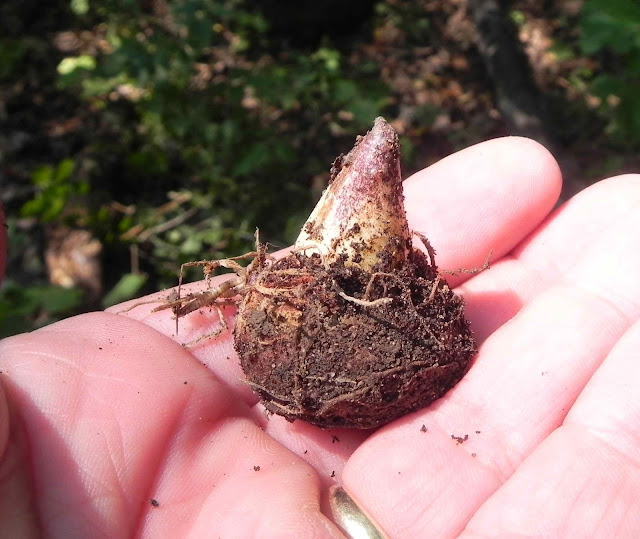 I don't know how well these will transplant.  They were moved with care to the new location and the hope is that a full-size plant will emerge next spring.  I'll try to append a followup note next year.

Addendum May 2013:   I've received word that the transplanted Jacks emerged and appear healthy, so the process described above seems to work.

An interesting footnote.  This plant has been called "the banner of the women's movement," for reasons delineated in my 2009 post.