Blue Highways. A Journey Into America. 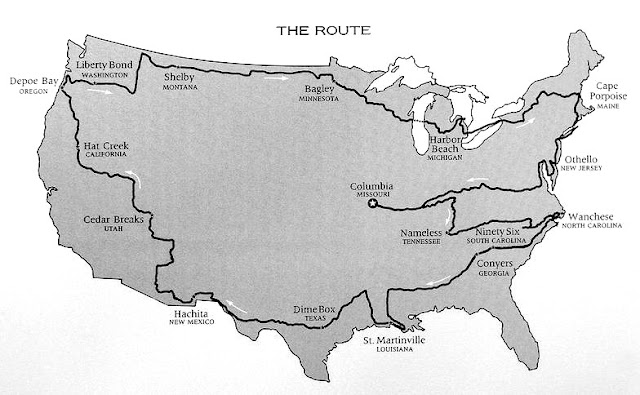 When William Least Heat Moon wrote about his travels across 38 states of the United States on secondary roads in 1981, he was documenting aspects of American life that were already disappearing.  Now, thirty years later, even more is gone.  This book was a pleasant read that took me months to finish because of competing interests, but its episodic structure made it easy to put down and pick up again weeks later.

I previously wrote a post about "playing the bones" inspired by a chapter in this book.  Today I won't present a thorough review - just these excerpts of interesting tidbits. 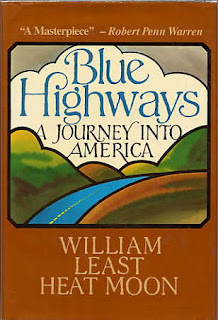 "The saguaro is ninety percent water, and a big, two-hundred-year-old cactus may hold a ton of it—a two-year supply. With this weight, a plant that begins to lean is soon on the ground; one theory now says that the arms, which begin sprouting only after forty or fifty years when the cactus has some height, are counterweights to keep the plant erect."

"It's a peculiarity of history that the milder tasting grades [of maple syrup] are the most expensive: in the early days when the primay purpose for maple syrup was to furnish sugar, women didn't want all their baked good tasting like maple."

"telescope house" - (eastern shore of Maryland) - "the name derived from the linking of three houses, each successively larger... for economic reasons..." (as a family grows).  [Pic here].

re Battle of the Wilderness :  "On that single day of May 12, nearly thirtteen thousand men died fighting over one square mile of ground abandoned by both sides several days later."

The author is adept at clever turns of phrase ("A road so crooked it could run for the legislature" "The Ponce de Leon Believe Anything Award") and employs a surprisingly broad vocabulary that added quite a few entries to my personal "interesting words" list: