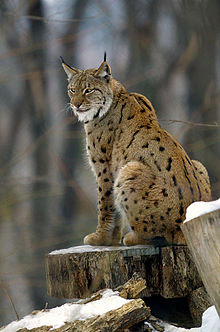 How to make "hard-boiled" (baked) eggs in the oven (its only practical when you need to make lots of them at one time).

Further evidence that dinosaurs were not ectothermic (cold-blooded).

A story at The Telegraph questions Mitt Romney's claims of personal experience with "austerity" during his missionary experience.

The apotheosis of internet culture: an assemblage of seventy-six cat videos (the ones used at the Walker Art Center's First Annual Cat Video Film Festival.)

The world's best (?only) museum devoted to amber - the Palanga Amber Museum - is located in Lithuania.  More re Palanga (and amber) here.

Wikipedia is losing administrators; there are fewer than a thousand of them left.

There is one country where 100% of first-grade students learn to write computer code.  It's obviously not the United States.

One of the very first David Attenborough film clips (from the 1956 BBC program "Zoo Quest").

Deadspin published the full text of Minnesota Vikings punter Chris Kluwe's response to the politician who suggested that NFL players should not speak out about gay marriage. 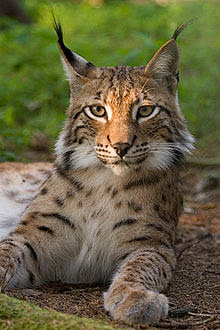 An op-ed at The Guardian discusses Alzheimer's disease as a metabolic disease possibly caused or aggravated by dietary indiscretions (junk food).

Hollywood's Islamophobia dates back to well before the recent brouhaha regarding "The Innocence of Muslims."

A column at Salon offers seven general rules for how to smoke marijuana without getting arrested.

"Rats once paralyzed from complete surgical cuts through their spinal cords can walk again after stem cells were transplanted into the site of the injury, report researchers today in the journal Cell. The results suggest that stem cells might work as a treatment for patients even if they have completely severed cords..."

A Redditor in Belgium offers observations about why Islam is different from other religions and the problems that result from cultural differences.

An extensive survey and discussion of voter ID laws at ProPublica.

"Fail" videos are a dime a dozen, but for those who enjoy schadenfreude, here's a failed cannonball dive into a (frozen) swimming pool.

I totally enjoyed the Sherlock series with Benedict Cumberbatch, and was looking forward to the next season series to find out how Sherlock faked his death in the final episode.  This video offers what I think is a perfectly valid explanation.

Roger Ebert interviews director Michael Apted about the "Up" films (this is a half-hour video, but worthwhile for enthusiasts about the series).

In September The Presurfer celebrated its 12th blogiversary. 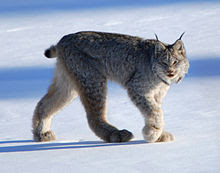 "Reading scores on the SAT for the high school class of 2012 reached a four-decade low, putting a punctuation mark on a gradual decline in the ability of college-bound teens to read passages and answer questions about sentence structure, vocabulary and meaning on the college entrance exam."

A Stone Age chalk geoform in the Southern Urals is two kilometers long and depicts a moose.

A set of 16 photos shows what goes on behind the back wall of a bowling alley.

A planet has been discovered that has four suns associated with it: "The distant world orbits one pair of stars which have a second stellar pair revolving around them."

The American Society of Magazine Editors presents what they consider to be "The Top 40 Magazine Covers of the Past 40 Years."

I have another 30 to add, but it's almost time for football games to start.  The images all come from the relevant Wikipedia page.  ("The name "lynx" originated in Middle English via Latin from Greek word "λύγξ", derived from the Indo-European root "*leuk-", meaning "light, brightness", in reference to the luminescence of its reflective eyes.")