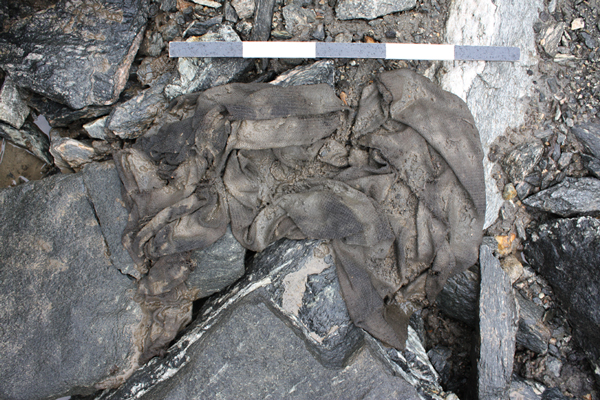 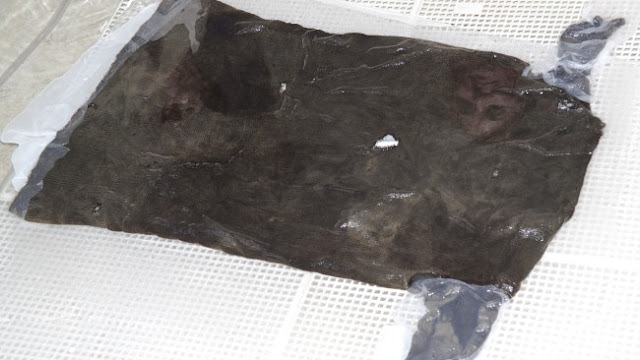 NORWAY: As glaciers recede, hundreds of artifacts are discovered each year. One of the latest finds was a men's tunic or coat that emerged from a glacier in Breheimen National Park. Dating to the 4th century A.D., the wool garment—made with an advanced technique called diamond twill—is one of very few known from this period in Europe. Without close attention, many of the artifacts that emerge from melting ice will be lost—decomposed or washed away—before they can be studied.

As reported in Archaeology (January/February 2012).  Some additional information at The Norway Post:


In total, seventeen textiles and garments have been received at the museum, including a leather shoe and several other pieces of clothing. However, the men’s coat is the first one that has been dated and preserved.

"The technique used is very advanced and makes the pattern look like small diamonds," Vedeler says. "It is well-used, and has a few tears that have been patched together." They will do further chemical analysis to determine its colour, and expect the finds to reveal more important information about clothing in Roman Norway.

Top image credit Vivian Wangen, Museum of Cultural History, UiO.  Second image: Kulturhistorisk Museum, via NRK, where there is a video (i norsk).

For more re treasures from retreating treasures, see my post in 2010.