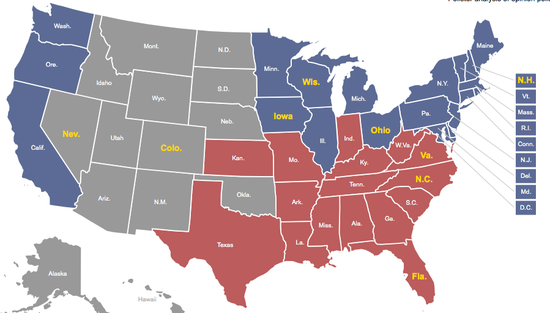 A somewhat inflammatory and controversial comparison made by Andrew Sullivan, based on the electoral map above (swing states with yellow letters), and the 1861 map below - 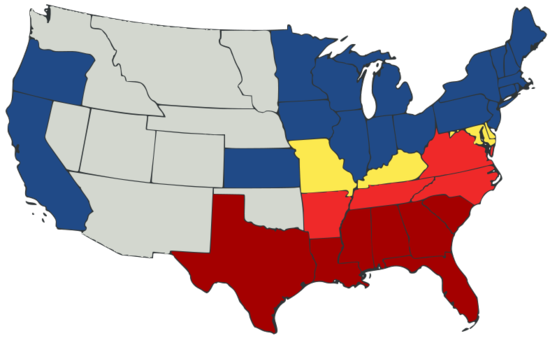 - colored for their position on slavery.   Details at The Dish, where this comment is appended:


I think America is currently in a Cold Civil War. The parties, of course, have switched sides since the 1964 Civil Rights Act. The party of the Union and Lincoln is now the Democratic party. The party of the Confederacy is now the GOP. And racial polarization is at record levels, with whites entirely responsible for reversing Obama's 2008 inroads into the old Confederacy in three Southern states...

I find it troubling - and interesting.