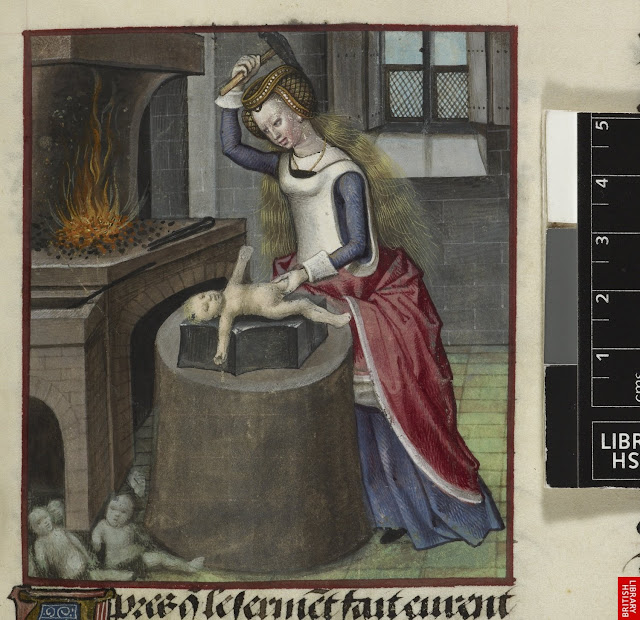 Obviously intended to be allegorical, but still somewhat bizarre.

From the British Library's Catalogue of Illustrated Manuscripts, via the ever-interesting Titam et le Sirop d'Érable.

Addendum:  A hat tip to Rob from Amersfoort, who identified the source of this image as the 13th century Roman de la Rose. His note in the Comments includes two links to similar images, including this one... 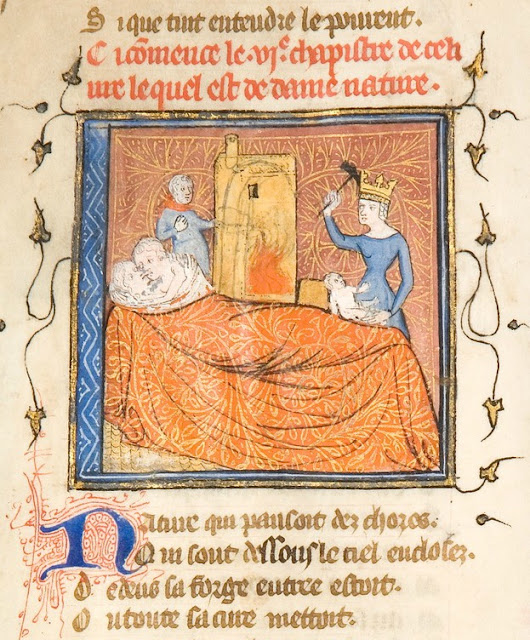 ... which clearly acknowledges the role of a woman and man in the process.  The fire at the back apparently represents nature's forge, with implied connections to the legendary phoenix as well (see Anthropoeccentrism).