Inside the beak of a baby bird 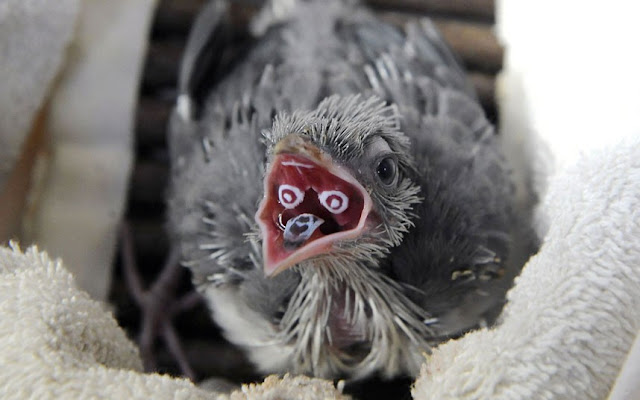 A rare crested coua chick, which is being hand-reared at the Wildlife Conservation Society's Central Park Zoo, displays the markings on the inside of its mouth as it prepares to receive food from its caretaker. These markings are unique for each individual chick and fade as the bird matures. The markings on the inside of a coua chick's beak are believed to be used by the parents for identification or as a target to aid in feeding. Crested couas are a species of cuckoo native to Madagascar.

One of the Pictures of the Day at The Telegraph.  Fascinating.  You learn something every day.

Addendum: A big tip of the hat this morning to Pamela Cohen for locating and submitting an excellent link on Mouth Markings of Estrildid Finch Chicks, replete with several dozen photos clearly showing the interspecies differences in the mouth markings.  Here are six examples from Australian finches: 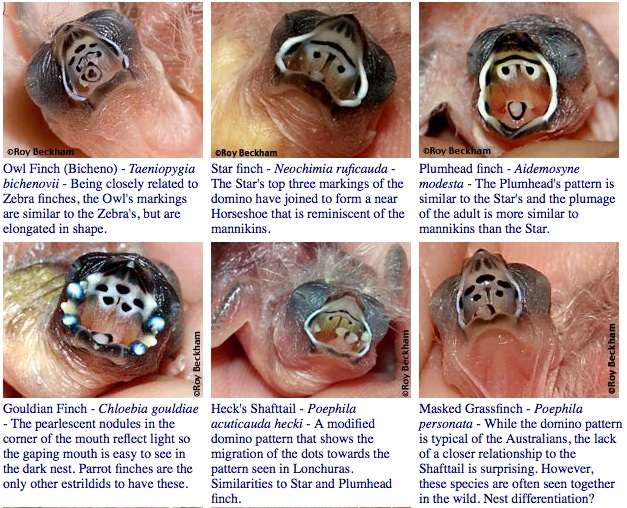