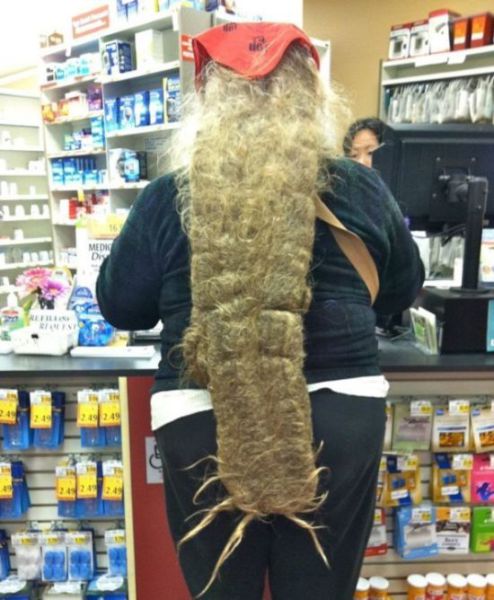 Found at Bits and Pieces and offered without comment.

Addendum:  A hat tip to reader drabkikker for identifying this hairstyle as a "monodread" (presumably a portmanteau word combining mono- and dreadlock).  Using that term I was able to find other examples on the 'net.)  You learn something every day.


Dreadlocks, sometimes called simply locks or dreads, are matted ropes of hair which will form by themselves if the hair is allowed to grow naturally without combing. Or intentionally formed using various methods to encourage their formation such as backcombing sections of the hair, twisting or a process involving the weaving of the hair with a crochet hook to form knots.

Although the term 'dreadlock' was originally associated with the Rastafari community, people of various cultures have worn, and continue to wear locks, including the Hindu Shiva worshippers of India, European Celts, various African communities, and the Sufisof Pakistan.

She has an extensive history of dreadlocks.