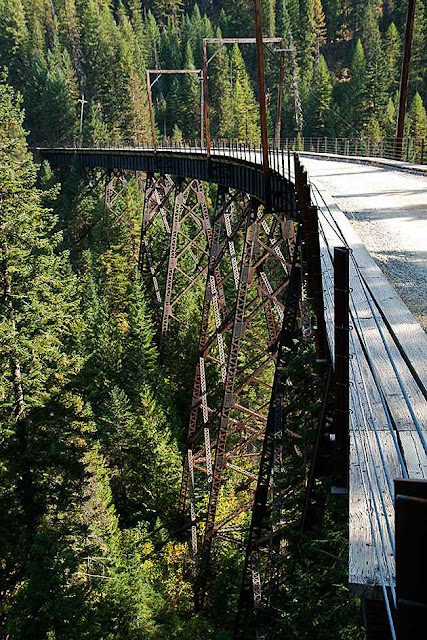 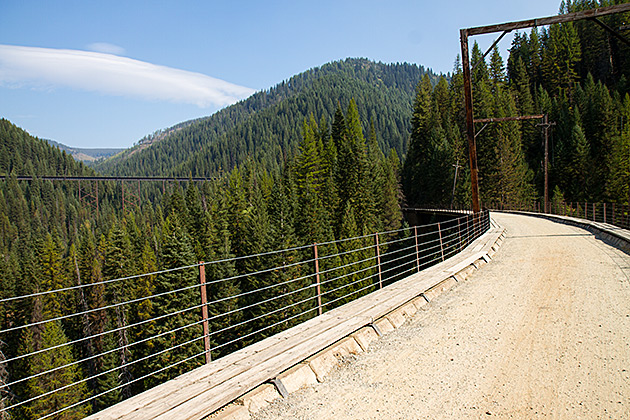 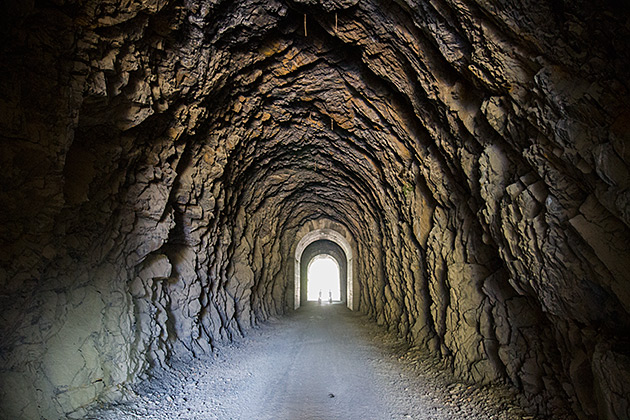 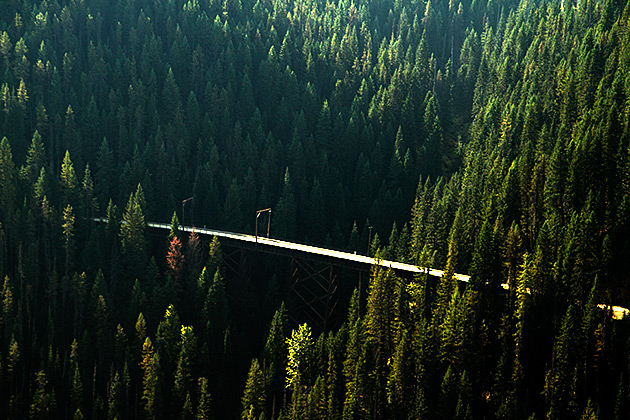 The Hiawatha Trail opened up in 2001 as part of the Rails to Trails initiative, which seeks to restore life to decommissioned train tracks across the country. The Milwaukee Road Railway Company had constructed these tracks between 1906 and 1909, recruiting laborers from around the world to work on an unprecedented line through the rough and largely unexplored Bitterroot Mountains...

The conversion of the train tracks to a bike route was an inspired idea. The Hiawatha is gorgeous, soaring atop pristine forests of white and lodgepole pine trees, with never-ending views of the Bitterroots. The path took us through nine tunnels, including the 1.66-mile St. Paul Tunnel...

And here's the best part.  The 15-mile trail can be ridden entirely downhill, with a shuttle bus returning you to your starting point.  Sign me up.

More pix and details at Idaho for 91 Days, via Neatorama.

Email ThisBlogThis!Share to TwitterShare to FacebookShare to Pinterest
Labels: other, sports