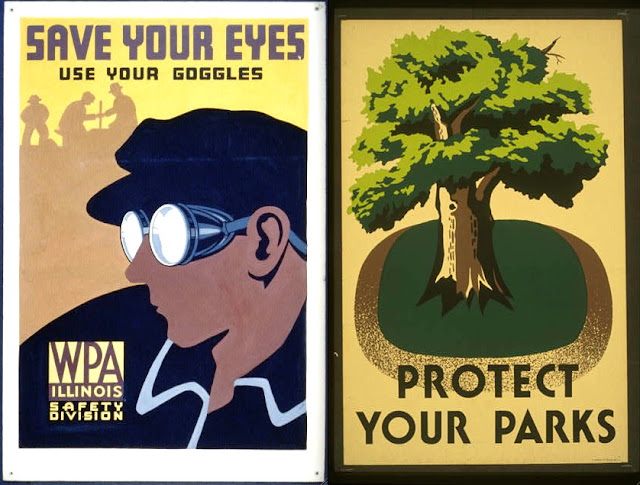 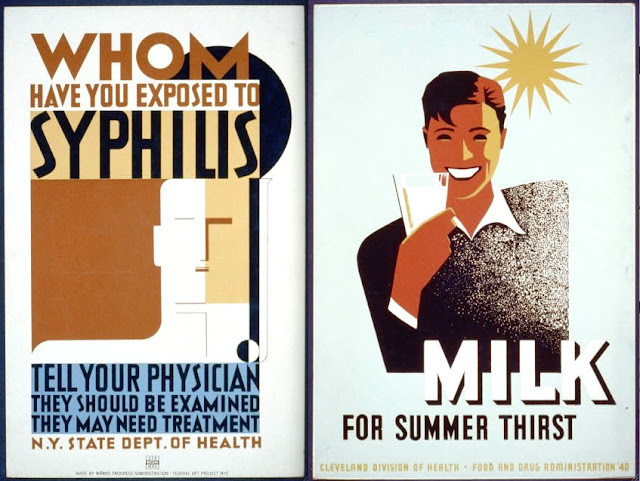 I've devoted a section of this blog to the Civilian Conservation Corps, but have heretofore neglected another New Deal public works project - the Works Progress Administration (WPA).

I was reminded of this today while reading in Ptak Science Books about the immense economic scope of the WPA:


From 1935-1943 the WPA put some 8.5 million people to work in a vast social undertaking, distributing food and clothing, building houses, roads, bridges, parks and making enormous construction improvements to the national infrastructure. There was also an arts art to the project which employed many thousnads of artists, actors and writers in producing dramas, histories, guidebooks and other sorts of artistic projects, including the artwork for the posters advertising other WPA projects.

During its lifetime the WPA spent about $12 billion, which worked out to be something like 4-6% of the GDP, annually.  To put this in some perspective, that would be like taking the entire amount of money spent on the war on terror over the past 11 years and investing it all in caring for the poor and fixing bridges and building roads and so forth...

A gallery with thumbnails of hundreds of WPA posters is available at the Ptak Science books source article.