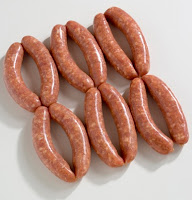 The fifth volume (SL to Z) of the Dictionary of Regional English has been published.  This would have been the final one, but so many new discoveries have been made since the first volume was published in 1985 that a supplement is planned.  The motto for that project is "On Beyond Zebra!"

After Mitt Romney erroneously stated that only Americans place their hands over their hearts during the national anthem, the Washington Post reviewed the history and etiquette of the gesture.

Granite kitchen countertops are wildly popular, and their price has come down slightly as the style has become trendy.  This article ponders the psychology of the purchase.

Madonna's halftime show during the Superbowl interpreted as having a hidden agenda: "The packing all of these signs and symbols in one comprehensive 13 minute performance cannot however be dismissed as “random images”. Quite to the contrary, the combination of all of these symbols form a whole and define with great depth the underlying philosophy and Agenda of those in power – the Illuminati."

Several recently-found treasure hoards are illustrated here, via Neatorama.  (I have a separate category on this blog for "treasures" posts.)

Syrian President Bashar al-Assad's personal e-mail account was hacked.  The task may have been made easier by the fact that his password was 12345!  (At the link is the relevant hilarious segment from Spaceballs).

A video of the "Rabbit Grand Nationals."  Those who are not familiar with this competition for pet rabbits can read about the competition (and why it's dominated by Swedes!) in the Wall Street Journal.

Should a cat's litter box be called an "abacus?"

You have probably read about Tibetans protesting China's attempts to establish sovereignty in the region.  This BBC video includes footage of Tibetans setting themselves on fire as a means of protest.

A ranavirus is killing tadpoles and turtles.  Frogs and salamander populations may recover because of their fecundity, but turtles don't breed until they are about ten years old, and lay many fewer eggs.

And speaking of turtles, here's one climbing a vertical wall.

There are many ways to remove a loose "baby tooth."  This little girl does it by using a bow and arrow.

A compilation of 69 photos from the Westminster Kennel Club Dog Show.

If a man is favoring his right leg because of an injury, which leg was injured, his right leg or his left?  The interpretation of this idiom is discussed at A Walk in the Words.

A long article in The Telegraph details the history of the Natchez Trace Parkway - a road I have never driven (but would like to).  Some relevant photos.

Your life will probably be better if you don't know what happens inside Syrian torture chambers, but if you're morbidly curious, The Independent has an interview with a man who survived 23 weeks there.

If you blindly trust "SSL" websites to be safe, read Cory Doctorow's article at BoingBoing, where he cites a study that tens of thousands of SSL certificates "offer effectively no security due to weak random number generation algorithms."

Golden Orb Weaver spiders are huge.  This one caught and is eating a bird (finch).

"The BBC News taken out of context" by combining the content from fifteen different broadcasts.

Cats (and drunk humans) will do it, but I was surprised to see video documenting that fish will chase the light of a laser pointer.

A dog in the Phillipines assisted two small children at risk from traffic, but was horribly injured in the process ("her head got caught in the spinning front tyre, causing her to lose her entire upper snout, including her nose and lower part of her eyelids."  Local citizens and vets are coming to her aid.

Here's a "map" of the events in the movie "Memento." (click for readability; original curved version here.)  The movie is wonderfully innovative but can be distressingly confusing re the sequence of events.  Discussed at Reddit.

Coca-Cola still uses coca leaves in its formulation, but removes the cocaine and ships it to another company for ethical processing.

A Canadian man was arrested and strip-searched after his 4-year-old daughter drew a picture of a gun at school.

MacWorld has a summary of what you need to know about the new Mountain Lion operatiing system.

"Literally Unbelievable" compiles instances of Onion stories being spread on Facebook as facts.

John Cleese reportedly was paid $1 million USD for his contribution to the movie "Shrek Forever After."  "He was in and out of the studio within an hour. The actual recording only took 23 minutes."

In the United States, more men are raped than women (because of the high number of prisoner-on-prisoner rapes).


Some people argue that there is no such thing as the color pink, because the component colors (red and violet) are at opposite ends of the spectrum. "Pink, the color, is just the wishful thinking of our brain."

And finally, an extremely impressive gallery of before-and-after photos from the Japanese tsunami, cleverly compiled by Boston.com so that clicking photos allows direct comparison of the devastation and the same view after cleanup and rebuilding.