How are the fingers enumerated? 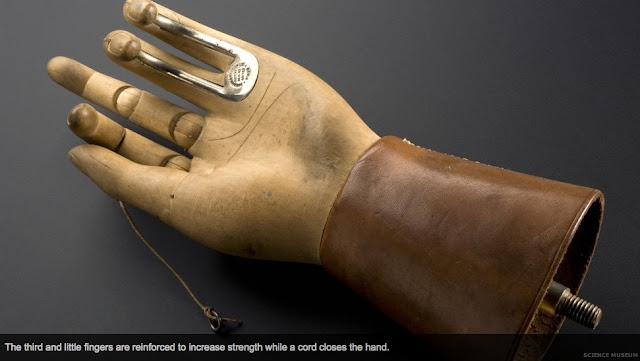 From a gallery of "Prosthetics Through Time" posted at the BBC, and interesting to me in two regards, both noted in the caption ("The third and little fingers are reinforced to increase strength while a cord closes the hand.")

I wonder why those two fingers were "reinforced" with the metal support.  I presume it leaves those two with a permanent curvature so that the hand can be used to grip and pull on objects.

But why are they called "the third and little fingers?"  Is that how you guys do it over there?  For me, the "third finger" would be the longest central one, and the two with the metal would be the fourth and fifth.  But I suppose if the first digit is called a thumb, then one has a thumb and four fingers, and the enumeration is grammatically correct.

It's nothing important, but I'm curious.  Was there an error in the writing of the caption, or is this a common way of counting digits?