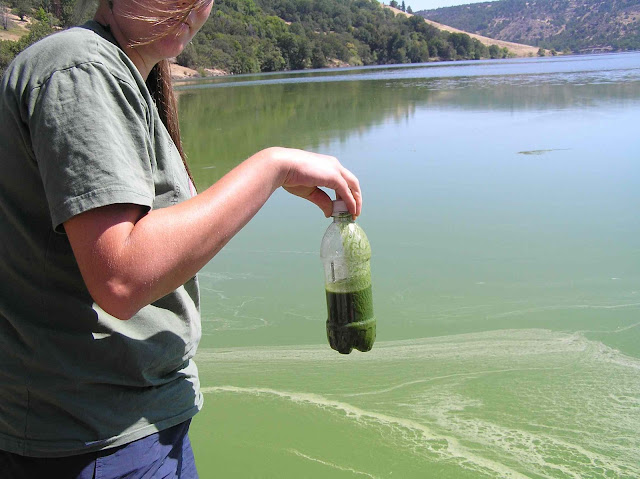 Excerpts from a frankly unnerving article in Discover magazine, which suggests that chemical pollutants in water might contribute to the incidence of Parkinson's, ALS, and Alzheimer's:


The cause of ALS is unknown. Though of little solace to the afflicted, Stommel used to offer one comforting fact: ALS was rare, randomly striking just two of 100,000 people a year.

Then, a couple of years ago, in an effort to gain more insight into the disease, Stommel enlisted students to punch the street addresses of about 200 of his ALS patients into Google Earth. The distribution of cases that emerged on the computer-generated map of New England shocked him. In numbers far higher than national statistics predicted, his current and deceased patients’ homes were clustered around lakes and other bodies of water. The flurry of dots marking their locations was thickest of all around bucolic Mascoma Lake, a rural area just 10 miles from Dartmouth Medical School. About a dozen cases turned up there, the majority diagnosed within the past decade. The pattern did not appear random at all. “I started thinking maybe there was something in the water,” Stommel says.

That “something,” he now suspects, could be the environmental toxin beta-methylamino-L-alanine, or BMAA. This compound  is produced by cyanobacteria, the blue-green algae that live in soil, lakes, and oceans. Cyanobacteria are consumed by fish and other aquatic creatures. Recent studies have found BMAA in seafood, suggesting that certain diets and locations may put people at particular risk. More worrisome, blooms of cyanobacteria are becoming increasingly common, fueling fears that their toxic by-product may be quietly fomenting an upsurge in ALS—and possibly other neurological disorders like Alzheimer’s disease and Parkinson’s as well...
Hints about the potential health threat of BMAA stretch back half a century to the remote Pacific island of Guam. There, in the aftermath of World War II, U.S. Army physicians encountered an outbreak of a strange syndrome that the native people called lytico-bodig—the term lytico signifying paralysis and bodig dementia. Some victims had ALS-like symptoms, others exhibited the rigid posture of Parkinson’s disease, and still others displayed the mental fogginess typical of Alzheimer’s... They quickly zeroed in on a distinctive component of the diet in Umatac, primitive palmlike plants called cycads, whose seeds were ground into a flour that the Chamorros made into tortillas.﻿ ﻿Perhaps some compound in the cycads was to blame. In the 1960s, British biochemists Arthur Bell, Peter Nunn, and Armando Vega of King’s College analyzed cycad seeds and focused on a compound in them, BMAA...

At Cox’s urging, Mash set out to conduct an independent study of ALS and Alzheimer’s brains using samples from her own human brain bank. Many of these specimens came from  donors who had spent much of their lives outside of Florida and whose lifetime exposures to BMAA therefore were probably quite varied... The results were dramatic. The Miami team found BMAA in 23 out of 24 samples derived from 12 Alzheimer’s patients but in only 2 out of 24 samples taken from 12 controls. They also tested samples from 13 ALS patients, all of which tested positive for BMAA...

Compared with the amount of BMAA found in the fruit bats of Guam, the levels of the toxin Brand found in Florida oysters and mussels were moderate. But pink shrimp, largemouth bass, and blue crabs—all eaten by humans—contained levels comparable to or even exceeding those in the bats...

The correlations between BMAA and neurological disease seem strong—but as skeptics point out, correlation does not prove causation. And that is just one problem they have with Cox’s theory. The field has been dogged by clashing findings, leading some critics to question whether BMAA truly is a potent neurotoxin... Furthermore, he says, no known mechanism can explain how an amino acid that is alien to human biology could travel across the blood-brain barrier, get incorporated into proteins, and then trickle out to cause disease.