Serrated teeth of the crabeater seal

This seal, Lobodon carcinophagus, is called a crab-eating seal, but its main diet consists of krill, which it filters out of the water through its complexly cusped teeth.

Via Evolution, where the teeth are compared to fossil whale teeth - 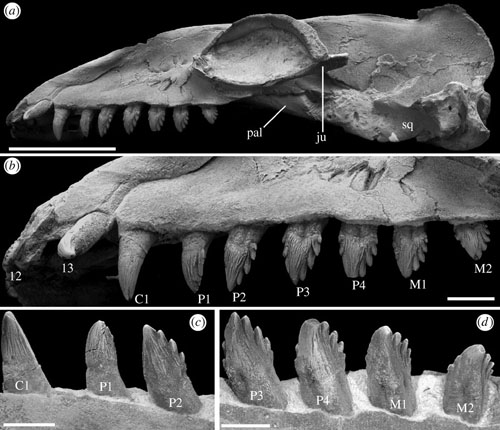 - which may offer some insight into the predecessors of modern filter-feeding baleen whales. Not quite.  See BJN's note in the comments.

One puzzler:  According to Wikipedia, crabs are not found in the Antarctic habitat of the crabeater seal.  So why are they called that?