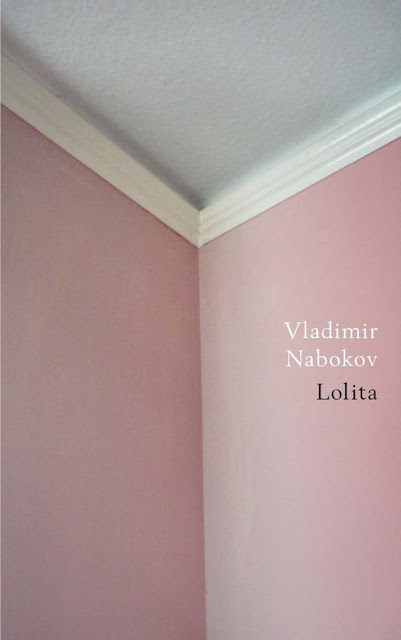 Nabokov's Lolita as a classic challenge:


Among the problems Nabokov’s Lolita poses for the book designer, probably the thorniest is the popular misconception of the title character. She’s chronically miscast as a teenage sexpot—just witness the dozens of soft-core covers over the years. “We are talking about a novel which has child rape at its core,” says John Bertram, an architect and blogger who, three years ago, sponsored a Lolita cover competition asking designers to do better.

Now the contest is being turned into a book, due out in June and coedited by Yuri Leving, with essays on historical cover treatments along with new versions by 60 well-known designers, two-thirds of them women...

For obvious reasons, of course, it remains as controversial a novel as it was a half century ago, if not more so. And, probably helped along by Kubrick’s breezy film, and many very terrible covers, the term "Lolita" has come to popularly mean something quite the opposite of the novel’s namesake, so a designer has that to contend with as well.

On the one hand, then, designers face the very real challenge of communicating some of that complexity in a cover, which can easily become overwhelming... On the other hand, I think there are also important ethical considerations that require careful negotiation...

There is additional discussion of the complexities of book cover illustration at the Imprint source, as well as more examples of covers submitted to the competition.