You can't spin a coin on a rotating spaceship 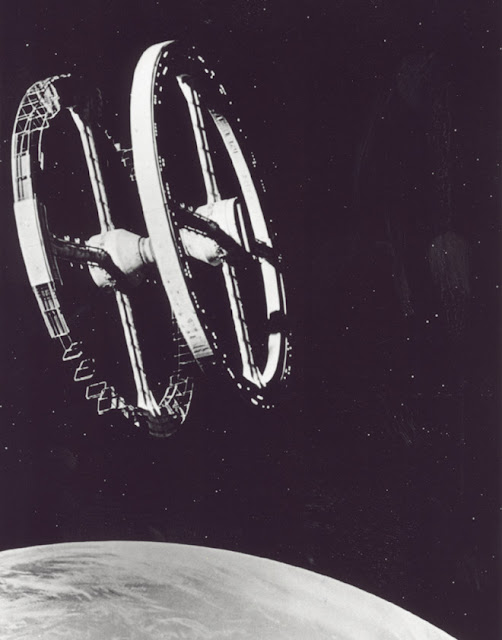 A story entitled "Flarp Flips a Fiver," by Martin Gardner in the March 1983 issue of Isaac Asimov's Science Fiction Magazine presented two spacemen arguing on a spaceship shaped like a bagel.  Lieutenant Flarp refuses to spin a coin to settle the matter.

Ponder his reasoning, then see the answer beneath the fold...

"Coins won't spin on a rotating spaceship.  The inertial forces of a spinning coin make it behave like a small gyroscope... Because the torus-shaped ship rotates around an axis perpendicular to that of the spinning coin, the coin at once falls over.

Even a flipped coin would behave peculiarly unless its spin axis paralleled that of the ship.  A ballet dancer on such a ship would be unable to execute pirouettes.  Jugglers could not twirl plates on sticks or balls on their fingers.  Yo-yos and tossed Frisbees would act strangely... Devices that rotated around vertical axes (overhead fans, turntables, fly-wheels) would have to be arefully aligned to keep them stable..."

The story then moves on to discuss relative motion vs. absolute motion and whether the inertial field proves the ship is rotating rather than the cosmos.  What is not discussed is whether the size of the spaceship (and thus the rotational speed) is important; I wondered whether the principles involved would apply in a Ringworld.