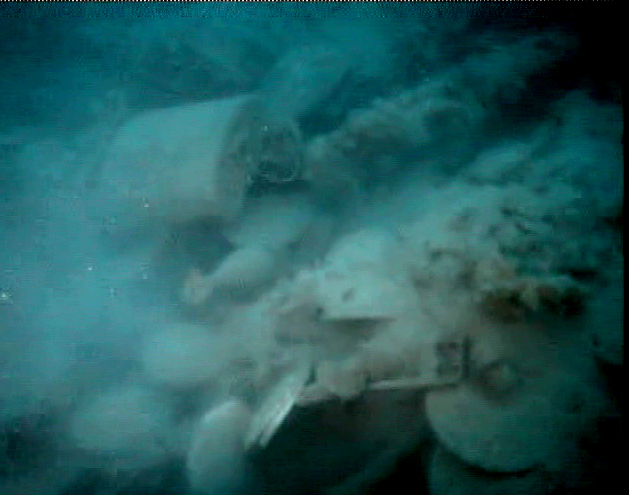 I first read about the "Corfu Channel Incident" in the March/April issue of Archaeology magazine (article unfortunately not online).  The article there reported the discovery by marine archaologists of evidence that appears to settle a dispute between the U.K. and Albania from the early years of the Cold War.  Here's the relevant information from the Institute of Nautical Archaeology:


An international team of archaeologists has discovered the remains of the bow of HMS Volage, a British destroyer that struck a mine off the Albanian port of Sarande on October 22, 1946. The incident brought Communist Albania and Great Britain into diplomatic conflict...

Volage struck a mine on October 22, 1946 while assisting another British destroyer, HMS Saumarez, which had itself struck a mine. While neither ship sank, 44 lives were lost and another 42 British seamen were injured. This tragic episode was one of the first naval incidents of the Cold War, and brought then Communist Albania and Great Britain into diplomatic conflict.

A lengthy legal argument before the International Court of Justice at The Hague ultimately led to a ruling in favor of Britain. Albania disputed the findings, and the two nations severed diplomatic relations for nearly 50 years. The “Corfu Channel Incident” remains a case famous in legal circles, but it has largely been forgotten by most of the world...

“The area of Volage blasted off by the mine was forward of the deck guns,” says Delgado, “and included the forward mess, where some of the crew ate and slept, as well as storage compartments. The dishes, shoes and ammunition are evidence that fit.” The wreckage lies in proximity to the Albanian shore near the port of Sarande, and close to where a recent study by Albanian naval officer and historian Artur Meçollari indicated the mining incident occurred...

At the time, Britain claimed the Albanians had laid mines in international waters.   The new findings disprove that.  Text from the Archaeology article:


"The bow is very close to the shore, and in a different position than in the official record..." Auron Tate, director of the Albanian National Trust, followed the discovery with research in the British National Archives.  He found a four-minute reel of film, shot from another ship, confirming the Volage was close to shore when it exploded.  Together, the discoveries upend decades of Cold War gospel.  "All evidence proves that the British ships were not on innocent passage as claimed," says Tare, "but on a military operation."

By suggesting that the United Kingdom, and not Albania, was at fault in the blast, the Volage ruins "rewrite our understanding" of one of the first  incidents of the Cold War, says Delgado - a change with repercussions for geopolitics today.

Addendum:
But note also the information supplied by Anonymous in the comments, with a link to the proceedings of the International Court of Justice.