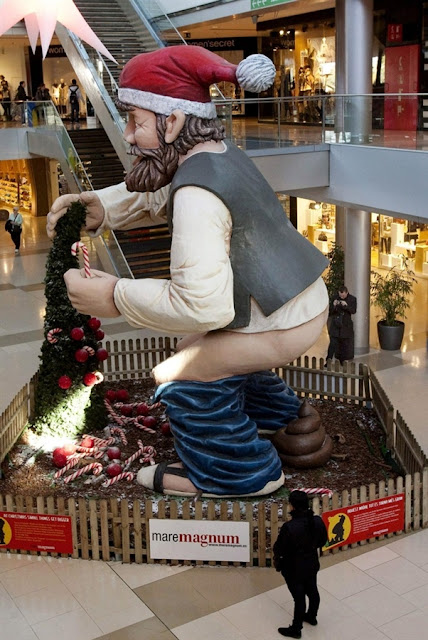 Those unfamiliar with caganers can read about the Catalonian tradition in Wikipedia.   This six-meter-high one is claimed to be the world's largest.  A gallery of standard-sized caganers representing Michael Jackson, the Pope, the Dalai Lama, and others was posted last year, and I posted the Obama one three years ago.