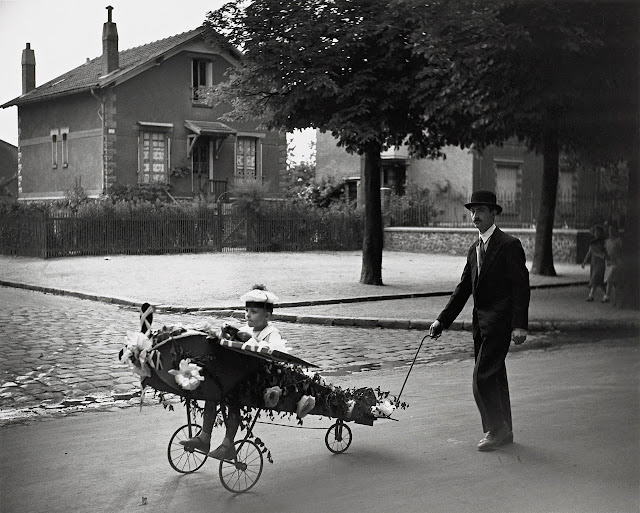 A photograph by renowned French photographer Robert Doisneau, found at Miss Folly.  I'm not sure why the little plane/stroller would be decorated with ?flowers.  Perhaps it was to take part in a parade or celebration of some sort.


Robert Doisneau was known for his modest, playful, and ironic images of amusing juxtapositions, mingling social classes, and eccentrics in contemporary Paris streets and cafes... Doisneau presented a charming vision of human frailty and life as a series of quiet, incongruous moments...

Doisneau's work gives unusual prominence and dignity to children's street culture; returning again and again to the theme of children at play in the city, unfettered by parents. His work treats their play with seriousness and respect. In his honour, and owing to this, there are several Ecole Primaire (Primary Schools) named after him.

Some of his portfolios are posted here.