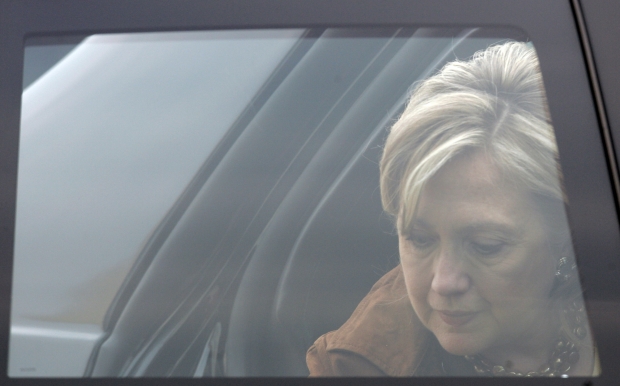 The number of limousines owned by the federal government has risen by 73% during the first two years of the Obama administration, as reported at the Center for Public Integrity's IWatch website:


Most of the increase was recorded in Hillary Clinton’s State Department.

Obama administration officials said most of the increase reflects an enhanced effort to protect diplomats and other government officials in a dangerous world. But a watchdog group says the abundance of limos sends the wrong message in the midst of a budget crisis...

According to General Services Administration data, the number of limousines in the federal fleet increased from 238 in fiscal 2008, the last year of the George W. Bush administration, to 412 in 2010. Much of the 73 percent increase—111 of the 174 additional limos—took place in fiscal 2009, more than eight months of which corresponded with Obama’s first year in office. However, some of those purchases could reflect requests made by the Bush administration during an appropriations process that would have begun in the spring of 2008...

“The categories in the Fleet Report are overly broad, and the term 'limousine' is not defined,” adding that “vehicles represented as limousines can range from protective duty vehicles to sedans.”..

The department said it defines a limo as a vehicle that carries a VIP or “other protectee,” rather than by the type of car, but said most of its limos are Cadillac DTSs, which cost the taxpayer more than $60,000 for a 2011 base model...

If the data is [sic] correct, some federal employees who once rode in style now face more proletarian transportation options. The Department of Veterans Affairs, for example, ran a fleet of 21 limousines in 2008 under George W. Bush, according to the fleet report. It now makes do with only one.  The Government Printing Office also lost all of its six limos between 2009 and 2010. The VA and the Government Printing Office did not respond to calls for comment.