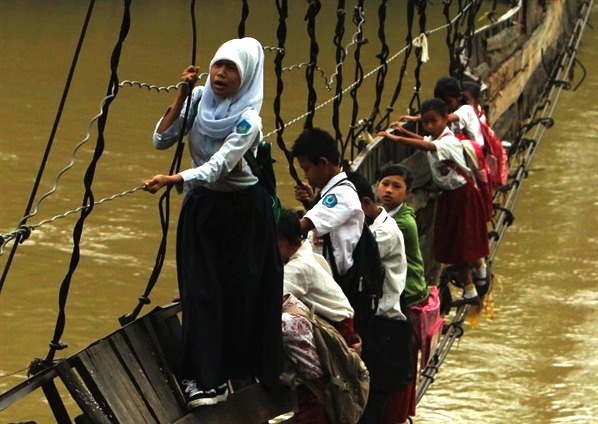 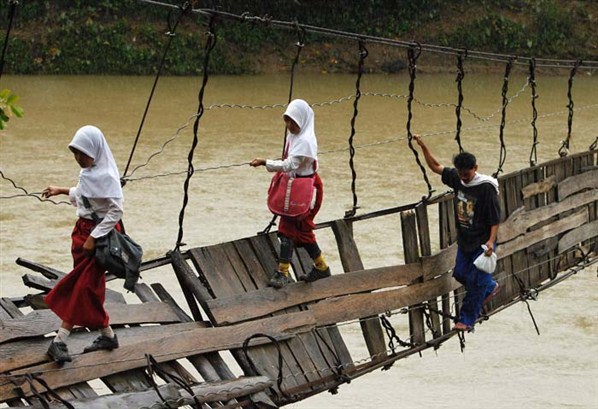 Children hold on to the side bars of a collapsed bridge as they cross a river to get to school at Sanghiang Tanjung village in Indonesia. The flooded Ciberang river broke a pillar supporting the suspension bridge, which was built in 2001, on Monday. Sofiah, a student crossing the bridge, says she would need to walk for an extra 30 minutes if she were to take a detour via another bridge.

Show these to your children if/when they complain about having to wait for the school bus.  Alternatively show them this photo of a mountainside path to school in China, or this one (a three-hour hike for the privilege of attending school...)

The two photos come from a photoessay of eight posted at an MSN affiliate.  Text translation via The Telegraph.  Photo credit Reuters/beawiharta.

Addendum - veganboyjosh remembered another example I posted two years ago of children using a zip line to cross a chasm to get to school.