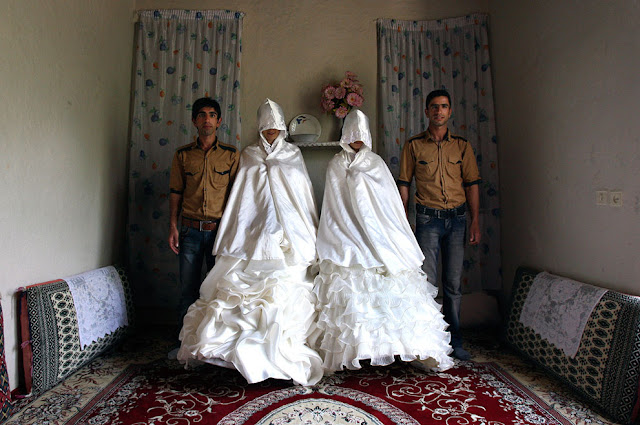 Iranian grooms, Javad Jafari, left, and his brother, Mehdi, right, pose for photographs with their brides, Maryam Sadeghi, second left, and Zahra Abolghasemi, who wear their formal wedding dresses prior to their wedding... 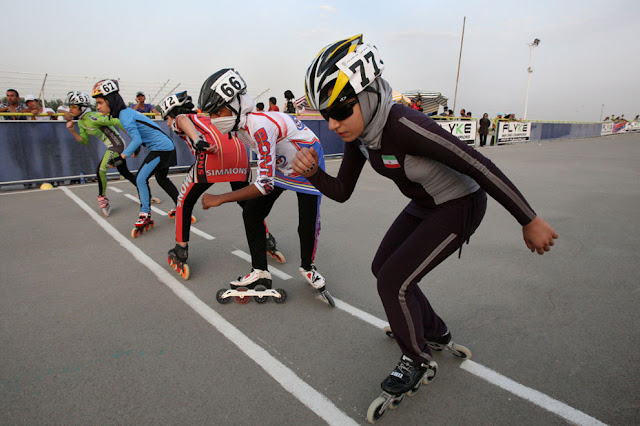 Iranian rollerbladers wait to hear whistle of referee, to start their competition, in a women's rollerblading championship league... 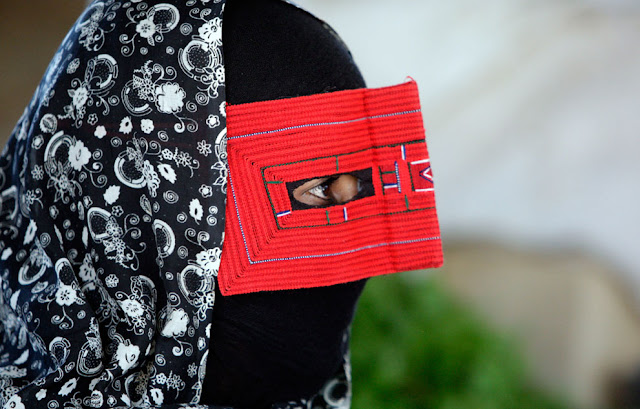 Covering her face with a traditional veil, a vendor works at her produce shop on the island of Qeshm, Iran, on December 24, 2011.(AP Photo/Vahid Salemi) 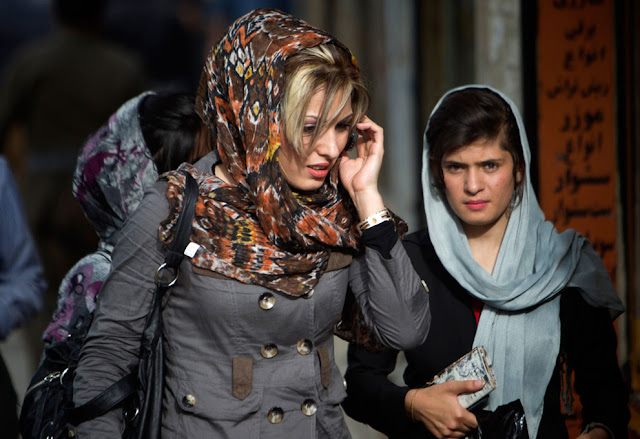 An Iranian-Kurd woman talks on her mobile phone as she walks in a bazaar while shopping in Marivan in Kurdistan province... 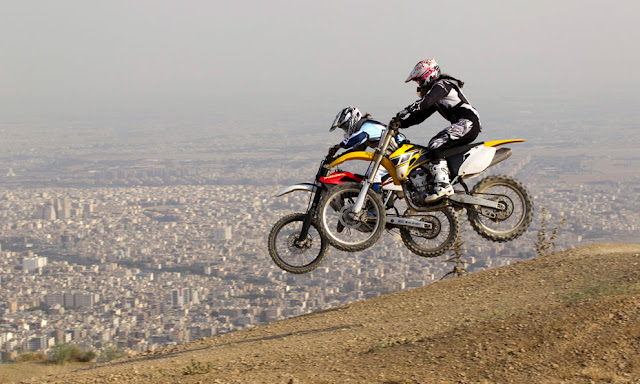 Noora (right) and Shahrzad Naraghi practice on a motocross track in the mountains overlooking Tehran... Women are banned from driving motorcycles on the streets of Iran.

Selections from a gallery of 42 images assembled at The Atlantic's In Focus site, posted to help counter a variety of prevalent stereotypes.