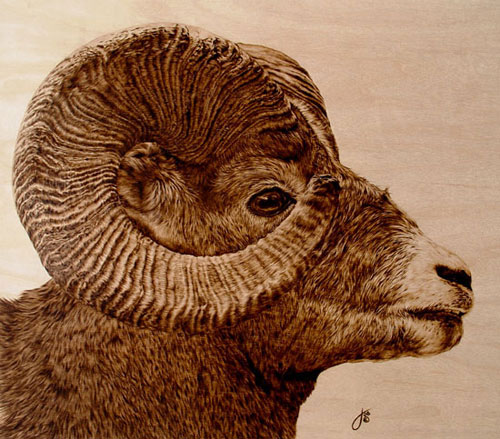 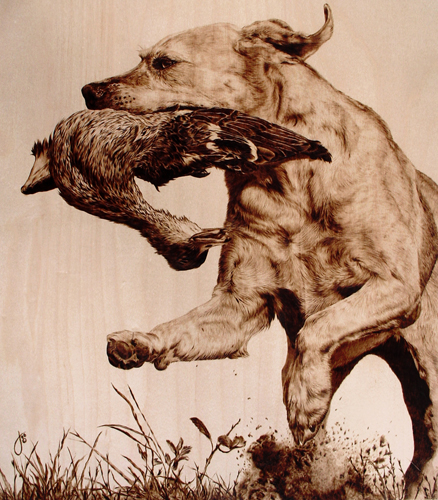 One of my memorable possessions as a child in the 1950s was a "woodburning" toy similar to the one shown here (scroll down).  It was basically a soldering iron, packaged with some simple drawings on wood that you would trace over with the heated tip, creating your own work of art (accompanied by a very satisfying acrid smell).

The principle of pyrography ("writing with fire") is ancient:


The process has been practiced by a number of cultures including the Egyptians and some African tribes since the dawn of recorded time...  It was known in China from the time of the Han dynasty, where it was known as "Fire Needle Embroidery". During the Victorian era, the invention of pyrography machines sparked a widespread interest in the craft, and it was at this time that the term "pyrography" was coined (previously the name "pokerwork" had been most widely used)... Pyrography is a traditional folk art in many European countries, including Romania, Hungary, as well as countries such as Argentina in South America.

The two images embedded above come from the portfolio of modern-day pyrographic artist Julie Bender, via Dudecraft.

There's lots more to read re pyrography and pokerwork.  The most comprehensive source I've found this morning is at Antique Art in Pyrography, whence the following old engraving: 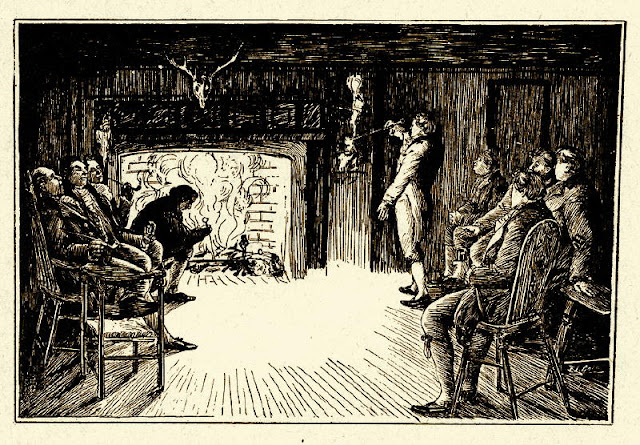 "Years and years ago, when art and conviviality went hand in hand in England, and when the tavern was a clubhouse, it was the custom of the artists to exercise their passing inspirations on the walls around them. A poker, heated red-hot in the fireplace, was their tool. With it they sketched faces and figures—a memory of a scene of nature—an idea for a new ornament—a cartoon of some public man." 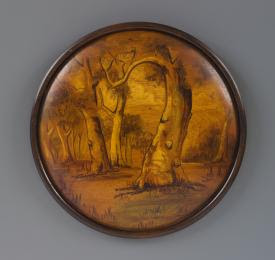