A railroad train does a "burnout" of the tracks 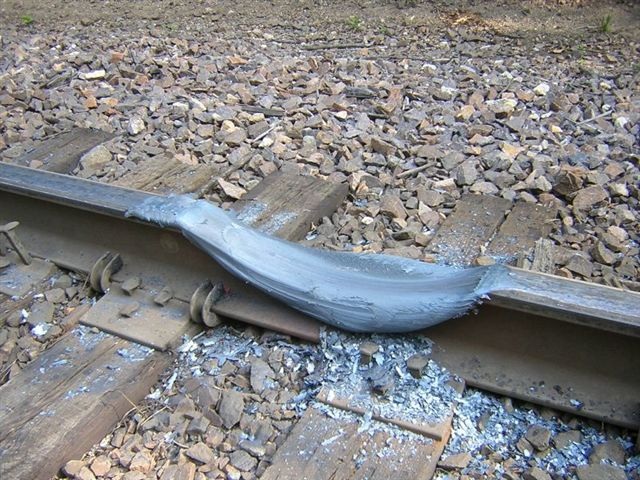 The photo shows what happens when a train with multiple engines has the brakes applied, but an engine does not get a signal to shut down.


Actually, the whole train brakes. Every wagon has brakes, not just the locomotives. What is interesting is that somehow the signal bypassed the dummy locomotives (only the first one usually has people operating it, the rest are controlled by remote from that first engine) and got to the wagons, or the dummies were at the rear of the train and the signal broke somewhere in the middle. Also consider that static friction is stronger than kinetic, so as the first engine slowed and stopped, the following engines could have started slipping and never regained traction.