A century of changes in U.S. farms 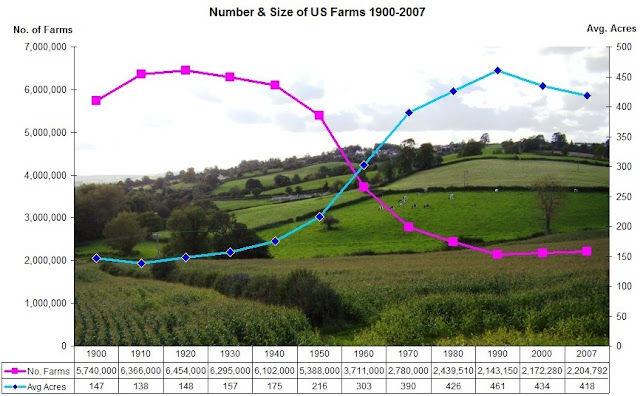 The maternal line of my family were corn/dairy farmers at the turn of the last century (the paternal side were working the Pennsylvania railroad).   The graphic above, from the Center for Research on Globalization, shows the changes that have occurred on farms during these last several generations.

Not defined at the link, but I think implicit from the curves (depending on how "average" is calculated) is that the total acreage farmed in this country has not changed substantially in a century.  And total output must be markedly higher, reflecting a wide variety of changes in crops, equipment, techniques, and in efficiency from the scale of operation.

While small-scale family farmers receive the majority of land-retirement payments — that is, subsidies in return for taking land out of agricultural production — large-scale family farms are the major beneficiaries of commodity payments such as price supports that subsidize the cost of production... 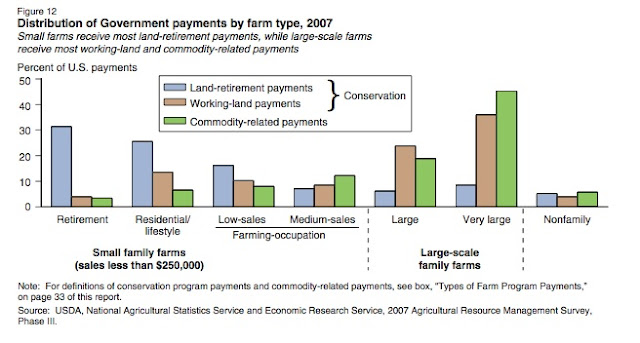 Whether farm subsidies are essential to preserving small family farms or actually hurt them by artificially supporting capital-intensive large-scale production is a topic of much debate within agricultural circles.