"...verses from the Qur'an relating to Mary, the mother of Jesus" 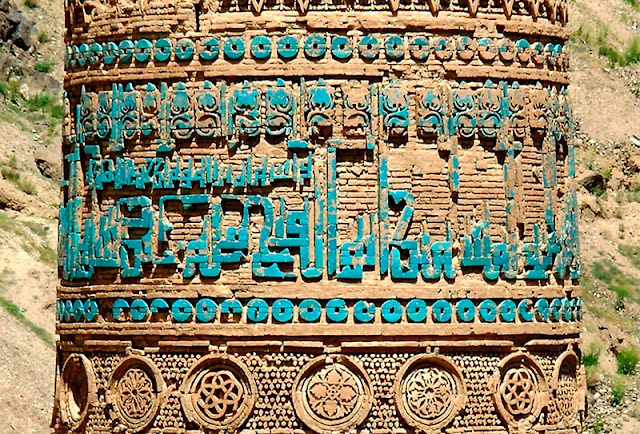 I'll best most western Christians don't realize that Mary and Jesus are spoken of with reverence in the Qur'an.   The verses in the photo above are inscribed on the minaret at Jam (Afghanistan).  As explained at Dark Roasted Blend...


The minaret displays an incredibly intricate baked-brick work, stucco and glazed tile ornamentation (containing Kufic and Naskhi calligraphy and verses from the Qur'an, relating to Mary, the mother of Jesus).

Dan Cruickshank, who visited the place, writes about the carvings: "This chapter, called Maryam, tells of the Virgin Mary and Jesus, both venerated in Islam, and of prophets such as Abraham and Isaac. It's a text that emphasises what Judaism, Christianity and Islam have in common, rather than their differences. It seems the Ghorids placed the text here to appeal for harmony and tolerance in the land, a message that is more relevant now than ever."


More about the minaret at the links, via Neatorama.