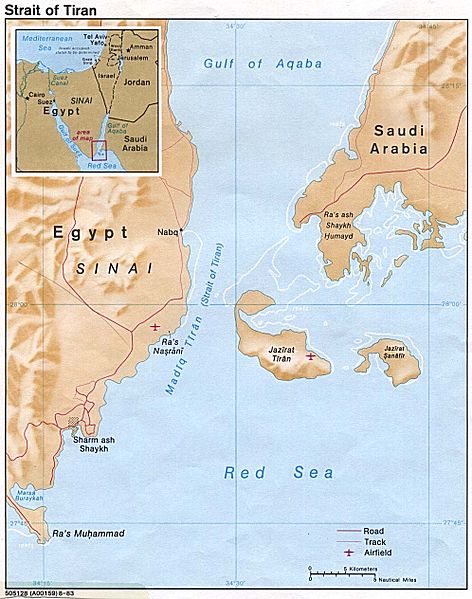 Excerpts from a brief article at Spiegel Online:


Egypt and Saudi Arabia hope to construct a giant bridge spanning the Gulf of Aqaba for road and rail traffic. Officials at Egypt's Ministry of Transportation have confirmed to SPIEGEL that the project, under discussion since 1988, has finally been approved...

The Gulf of Aqaba runs along the eastern edge of the Sinai Peninsula. Plans call for the 32-kilometer (20-mile) bridge to cross the narrow Strait of Tiran from Ras Nasrani, near the Egyptian resort of Sharm el-Sheikh, to Ras Hamid in northwestern Saudi Arabia...

For the Arabs, the massive construction project would be a triumph. For the first time since 1948, when the modern state of Israel was founded, Arab states in North Africa would have a direct road link with fellow Arab states in the Middle East without having to cross Israeli territory.