You can't drive your Chevy to this levee 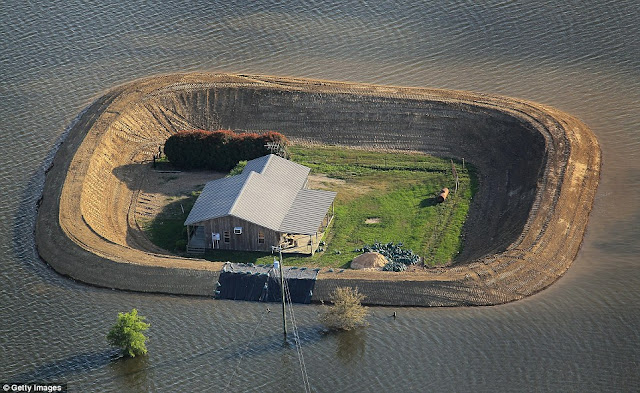 The Daily Mail has a collection of photos of people trying to save their homes and farms.

And, since we may not get a chance to visit this topic again for a while...


The word levee [is] from the French word levée (from the feminine past participle of the French verb lever, "to raise").

(re "dike"): In Anglo-Saxon, the word dic already existed and was pronounced with a hard c in northern England and as ditch in the south. Similar to Dutch, the English origins of the word lie in digging a trench and forming the upcast soil into a bank alongside it. This practice has meant that the name may be given to either the excavation or the bank.