"Assume every moose is a serial killer" 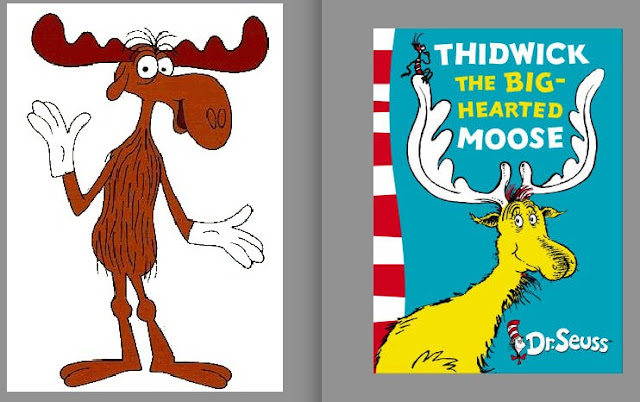 The embedded image is tongue-iin-cheek, but the warning is real:


Caren della Cioppa remembers the thundering roar of hooves behind her, just before a cow moose slammed her to the ground as she cleared a trail on her Alaska property.

The massive animal – her newborn twin calves nowhere to be seen – pounced again, stomping on the fallen woman before tearing into the woods. Della Cioppa could barely breathe as she punched 911 on her cell phone.

State troopers had just arrived when the enraged moose stormed back, jumped over della Cioppa, and charged toward the two officers, who opened fire...

Jessy Coltrane, an Anchorage-area state wildlife biologist, said moose are not predators and charge only when they feel threatened or their personal space is trespassed. But that distance that can vary widely from moose to moose, Coltrane said.

"The best practice around moose is to go away around a moose. Assume every moose is a serial killer standing in the middle of the trail with a loaded gun," said Coltrane, urging people to treat them with more respect.

While researching this post, I discovered that Wikipedia has a list of fictional deer, moose and reindeer (see how many you can name before clicking the link).