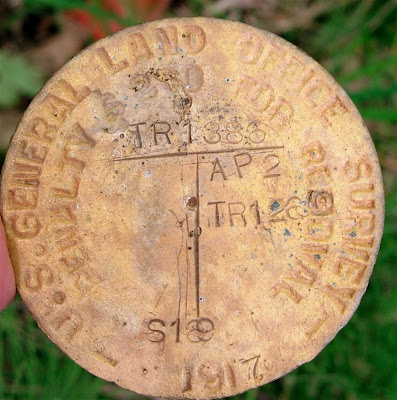 
She rarely lost her way.  She was guided by the friendly trail signs -- those big red R's and L's on fence post and telephone pole, magically telling the way from the Mississippi to the Pacific. (p.69)

The story involves a young woman's drive from Minnesota to Seattle in 1919.  I'm puzzled by the reference in the text to those letters on fence posts (which aren't mentioned again and are not important to the plot, but piqued my curiosity).

At first I thought the reference was to geology survey markers, like the "brass cap" above that I photographed in the woods in northern Minnesota, but those markers are driven into the ground; sometimes signs are posted on trees noting the location of nearby markers, but they don't fit Lewis' description.

Then I thought perhaps the reference was to railroad signage, which could be mounted on nearby telephone poles, but he also mentions fence posts.  And how to these letters "tell the way" across the western states?

I'm at a loss.  There's some historical trivia here which may or may not still exist.  I'll throw this out for readers, to see if anyone has seen (or knows of) such signs.

Addendum - A hat tip to charles for suggesting the Lincoln Highway:


That should take care of the "L." Still working on the "R", and I'll see if I can find some pix. 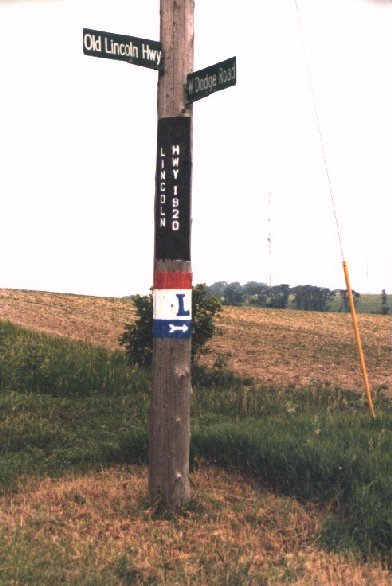