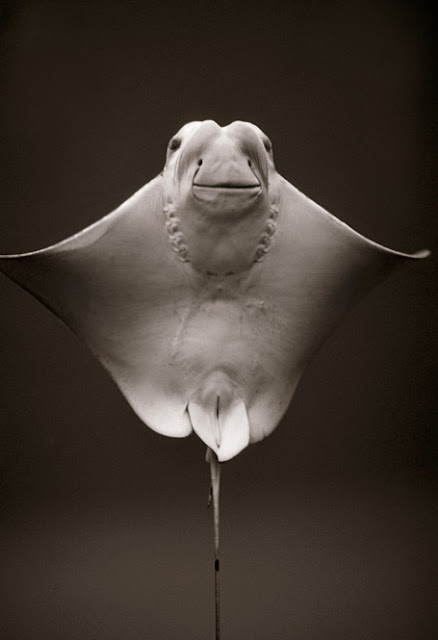 Three years ago I posted a photo of cownose rays (later noting that the venereal term for a group of them is a "fever.")  A photo last year topped the first two.

Now comes a report from National Geographic that some residents in the Chesapeake Bay area are asking the public to consider eating the rays, claiming that the rays are disturbing the ecosystem of the Bay and consuming the shellfish there.  One comment at the NGM post -


What are these “shellfish” that the rays are “gobbling?” Are they, by any chance commercially important species of mollusks and crustaceans that have been in severe decline for years due to over-harvesting and habitat destruction by humans? Any chance that humans have also been “gobbling” these species? And what about the grass beds that the rays are “roiling?” Would these, by any chance, be the same grassbeds that have been in decline since humans first settled around Chesapeake Bay, as a result of pollution, poor watershed management, mechanical destruction by dredging (for some of those unnamed “shellfish”) and boat propellers, etc.? Why is it that “predators like coastal sharks have declined?...”

- suggests that the "Eat a Ray, Save the Bay" movement will not be without controversy.