"One of the finest Victorian nude paintings ever produced" 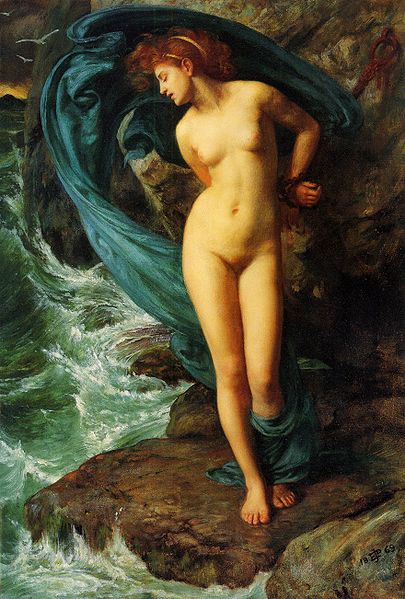 LONDON.- Sotheby's London Sale of Victorian and Edwardian Art on Tuesday, 17 May 2011, will present one of the finest Victorian nude paintings ever produced. Estimated at £300,000-500,000, Andromeda by Sir Edward John Poynter encapsulates major themes of the period: mythology, beauty, veiled eroticism, and the damsel in distress.

Andromeda’s sacrifice to a sea‐monster was a popular subject among artists in nineteenth century Britain. The classical origins of the story were used as a pretext for sexually charged nudity, making the erotic overtones acceptable. The nude in art was a controversial subject at the time Poynter painted the present work in 1869. He exhibited Andromeda at the Royal Academy the following year, alongside Millais’ The Knight Errant, in Gallery III. Both pictures depict a bound and naked woman, but Millais’ painting was publicly condemned, unlike Poynter’s. An explanation may lie in the fact The Knight Errant is a large canvas, and its life‐sized naked figure flaunted nudity beyond what was considered acceptable. Andromeda is a small work in comparison, 20 by 14in., and its modest size allowed its nude subject to be morally palatable.

Additional details at Art Daily, via Victorian/Edwardian Paintings.  Personally, if I were to have a painting of Andromeda on my wall, I would prefer the one by Gustave Doré: 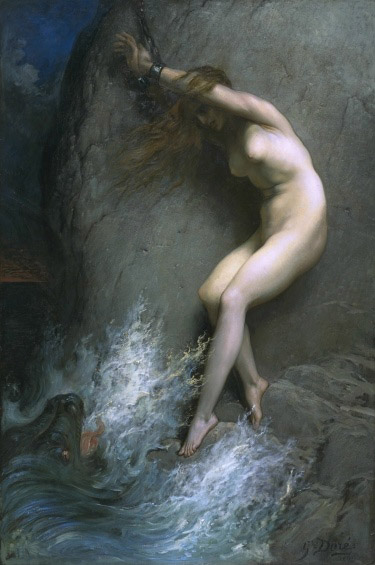 p.s. - not far from Andromeda's constellation in the night sky is the one representing Cetus - the sea monster depicted here trying to nibble at her toes.