The sieve as a symbol of virginity 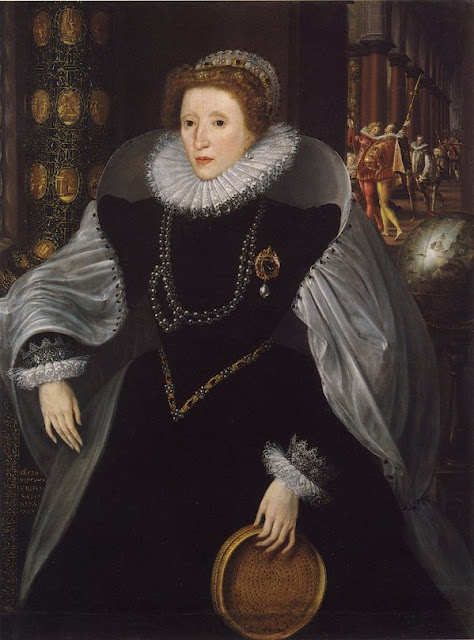 Quentin Metsys Elizabeth I The Sieve Portrait c. 1583
The rationale for the symbolism would not be intuitive to the modern viewer, and has nothing to do with the hymen.  Here's an explanation from Chris Skidmore's Death and the Virgin Queen:


In a series of pictures of Elizabeth, known as the "Sieve" portraits, painted between 1579 and 1583, Elizabeth is depicted holding a sieve, a symbol of her virginity.  This referred to the story of Tuccia, a Vestal Virgin at Rome, who when she was accused of breaking her vow of virginity, proved herself by filling a sieve from the waters of the River Tiber and carrying it back to the temple of Vesta without spilling a drop.

You learn something every day.  More re the book later.