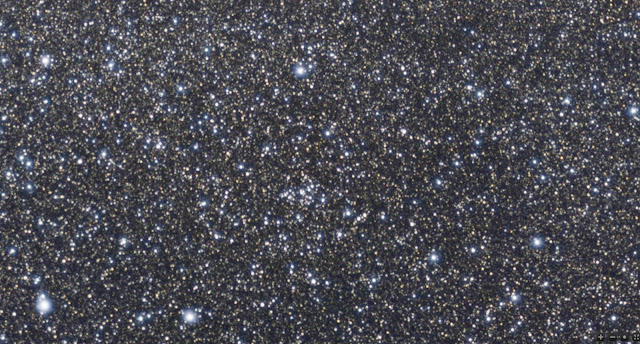 The Photopic Sky Survey is a 5,000 megapixel photograph of the entire night sky stitched together from 37,440 exposures. Large in size and scope, it portrays a world far beyond the one beneath our feet and reveals our familiar Milky Way with unfamiliar clarity. When we look upon this image, we are in fact peering back in time, as much of the light—having traveled such vast distances—predates civilization itself.

Seen at a depth thousands of times more faint than the dimmest visible star, tens of millions of other suns appear, still perhaps only a hundredth of one percent thought to exist in our galaxy alone. Our Milky Way galaxy is the dominant feature, its dusty arms sweeping through the frame, punctuated by red clouds of glowing hydrogen. To the lower right are our nearest neighbors, each small galaxies themselves with their own hundreds of millions of stars.

Further information and technical details are at Photopic Sky Survey, where you can repeatedly zoom in on the 5,000 megapixel photo.  The header image for this post is a screecap I took after zooming in on a TINY part of the grey part of the main image.  The number of stars boggles any well-informed mind - and the ones captured in this image are, as he note 0.01% of those in our galaxy alone.

(Some of you will know where the quote in the title comes from...)